As a legal storm brews over police actions in Ottawa and new cases continue to emerge, it turns out one firm has been at the centre of all the recent matters before the courts so far: Webber Schroeder Goldstein Abergel. 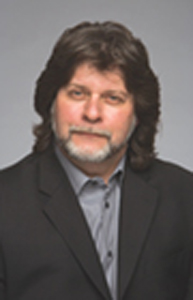 She was at the centre of a now-famous video showing police kneeing her in the back, pinned to the ground, and stripped of her shirt and bra in the cellblock. Those actions drew harsh judicial criticism, resulting in a stay of the case against her.

But that’s not the only matter prompting harsh rebukes of Ottawa police by judges. Video evidence led to the same result in the case of Terry Delay. Cameras captured police dragging him into a cell and kicking him.

His lawyer, Leo Russomanno, also represented Sydney Cranham, whom police sent into a river to retrieve a needle as part of a drug investigation. Cops had happened upon Cranham and a co-accused, Patrick Tobin, in a park.

They say the men then threw needles into the Rideau River, prompting them to order Cranham, in the interests of officer safety, to wade into the water to get them back, Russomanno tells Law Times.

In a fourth case, a third lawyer at Webber’s firm, Michael Spratt, handled proceedings against Robert Crevier. According to the Ottawa Citizen, a police officer detained him arbitrarily when, after stopping him on a hunch, he took him into a cruiser and searched his belongings without advising him of why he was arresting him or of his rights to a lawyer.

The judge’s concerns led to exclusion of the evidence and acquittal on charges of attempted break and enter, possession of break-in tools, and breach of probation earlier this month.

Webber used evidence from the Delay video in attempts to prove discreditable conduct against Special Const. Melanie Morris, the officer involved in both that case and the Bonds matter.

Once the media became aware of Justice Richard Lajoie’s harsh criticism of police actions in his ruling in the Bonds case, the Citizen sought release of the video. Further requests resulted in the release of footage in the Delay matter.

The four cases have prompted a public outcry that has police vowing to take action. “One issue that we’ve quickly identified is the training piece,” says Gilles Larochelle, acting Ottawa police chief. “We’re going to identify special constables.” Currently, the force has 64 special constables who work mainly in cells and prisoner transport.

“We took the opportunity to review how we do business - our policies and procedures,” says Larochelle, noting the force will submit its findings to the local police services board. A likely priority is on training in the use of force for special constables. “The community expects us to action it, to do something about it,” Larochelle says.

In the Cranham case, police actions in sending the accused into the water left the judge “deeply concerned,” Russomanno says. Still, while the court was critical, Russomanno wasn’t surprised at what happened. “As a defence lawyer, it’s sad to say but it’s not the first time I’ve seen an attitude of indifference towards Charter rights.

It seems to me that there are quite a few cases of police officers who are not well aware of the scope of their authority. They don’t seem to be sensitive to breathing life into the rights of the people they’re investigating.”

Of course, a key question is why all of these cases are arising at the same time. But despite concerns surfacing in Toronto over police actions caught on video during the G20 summits just as the Ottawa controversy was swirling, Nathalie Des Rosiers, general counsel with the Canadian Civil Liberties Association, says it’s not an issue of incidents being on the rise.

“From our perspective, it is more a question of media interest because we know there are lots of issues of police brutality that come across our desk on a regular basis,” she says.

She adds that the issue isn’t specific to Ottawa and calls the controversy a “wake-up call for all police forces” to improve training for officers on people’s rights under the Charter of Rights and Freedoms.

But beyond that, she emphasizes the problems of police culture and leadership, including issues with chiefs who have referred to the Charter as a barrier to law enforcement. “It’s important that the message be that good policing is lawful policing,” she says.

In addition, the cases underline the role of video evidence in acting as a check on police conduct. While that issue continues to be a matter of debate in the latest Toronto G20 brouhaha, Russomanno notes it was key in countering police claims that Bonds was resisting them.

“As a defence lawyer, it has me wondering what we would do without videotape,” he says, adding there aren’t always cameras watching what police do in a public place such as a park. “What if Terry Delay didn’t have a videotape?”

In response, Russomanno would like to see police install cameras in their squad cars to ensure increased monitoring of their actions. But that’s a tricky issue for Des Rosiers, who notes there have also been proposals to have police carry cameras on their hats.

The problem, she says, is whether officers could turn the cameras on or off depending on what suits them. “If it is always on, there certainly are many interactions that may be a breach of privacy. If it’s not always on . . . it is used as a protection device for police.”

Larochelle, too, cites the need for changes in technology available in cellblocks to ensure the visual feed matches the audio. That way, police will have more avenues for explaining their actions. “It’s not only our side; it’s both sides,” he says, noting upgrading the cameras has now become an urgent priority for the force.

Webber, meanwhile, expects the issue will continue to burn as there likely are more cases in the pipeline that will now come to light. “I would venture that there’s not a criminal defence lawyer in the country that would accept that these are isolated incidents,” he says.