More than 100 lawyers, groups, and members of the public have weighed in on the debate over whether the Law Society of Upper Canada should accredit Trinity Western University’s planned law school. 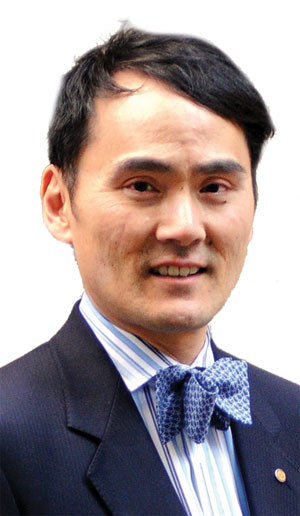 Students at the private Christian university’s law school, set to open in 2015, would have to sign a community covenant with a provision on abstaining from “sexual intimacy that violates the sacredness of marriage between a man and a woman.”

The LSUC has been consulting on whether to accredit Trinity Western’s law program ahead of Convocation debates scheduled for April 10 and 24.

Controversy has centred on the impact of the covenant on the lesbian and gay community.

Many of the responses to the LSUC’s consultation reflect the concerns. The consultation that ended on Friday attracted more than 100 submissions.

Gilbertson Davis LLP lawyer Lee Akazaki’s 51-page contribution calls on the LSUC to not accredit the school unless it changes or rescinds the covenant.

Akazaki wrote: “TWU’s community covenant requires, as a condition of admission to the law school, that students collaborate in an overt practice of systemic discrimination.

“Collaboration with such practices denigrates LGBTQ members of the law society and calls into question the ethical soundness of bar candidates who are prepared to sign the covenant to secure a spot in a law school.”

The covenant is therefore “incompatible with the education and well-being of modern lawyers as ethical professionals,” he wrote in his submission.

In a 2001 case, Trinity Western University v. British Columbia College of Teachers, the Supreme Court of Canada ruled the college couldn’t reject the university’s accreditation on the basis of discrimination.

But according to the Criminal Lawyers’ Association’s submission, the case is distinct from the “more far-reaching” issues facing the LSUC.

“Furthermore, since that decision, Charter cases have continued to evolve in keeping with the changing mores of Canadian society,” the association stated.

Toronto-based lawyer and consultant John Rider has written to the LSUC warning the legal community not to “shy away” from voicing concerns on the basis that “the university in question is litigious.”

Expanding on this to Law Times, he says: “The law society needs to have the courage to stand up and say the school shouldn’t be accredited because they’re discriminating against their potential candidates. They’re specifically excluding members of the LGBTQ community.”

If the university were to bring an action against the LSUC, the regulator should “vigilantly fight it,” Rider adds.
However, Anne-Marie Langan, a lawyer at Rural Legal Services in Sharbot Lake, Ont., believes the law society should grant accreditation.

Her submission to the LSUC states: “By not accrediting TWU on the basis that the school promotes traditional Christian values about human sexuality, you would be discriminating against those who hold those views and want to attend a school that promotes those values.”

Christopher Moon, a senior corporate and commercial lawyer at Davis Webb LLP in Brampton, Ont., believes it would be inappropriate to “punish” graduates on the basis of their school’s philosophy.

Moon says: “We have a diversity of religions that are entitled to have private universities. If the people they put out adhere to the requirements, denying them the entitlement to practice is contrary to where we should stand as a country.”

A wide range of other lawyers and legal associations have contributed to the consultation with most of them speaking against accreditation.

Whether Trinity Western graduates could practise in Ontario if the LSUC decided not to accredit the school would depend on several factors, a law society spokesman explained.

To be licensed in the province, lawyers must have graduated from an accredited law school.

If a Trinity Western graduate were called to the bar in another province and wanted to transfer permanently to Ontario and become a member of the LSUC, this “would appear” to be impossible under Bylaw 4, the spokesman said.

Trinity Western has already received conditional approval for its proposed program from the Federation of Law Societies of Canada’s approval committee.

The British Columbia government has also approved the application, although the decision may be subject to a court challenge as Toronto law firm Ruby Shiller Chan Hasan has raised more than $15,000 through a crowdfunding campaign to help mount a pro bono case.

The Ontario Bar Association has also entered the debate. On Friday, March 21, its council adopted a motion calling on the LSUC to adopt a “non-discrimination requirement” for all current and future law programs.

The motion doesn’t indicate the OBA believes Trinity Western’s covenant to be discriminatory, although it arose “in the context of TWU’s request for accreditation,” an OBA spokesman said.