Key investment, banking, and securities organizations are realigning their internal procedures to satisfy new complaint-handling rules designed to give investors and customers access to straightforward and expeditious dispute resolution. 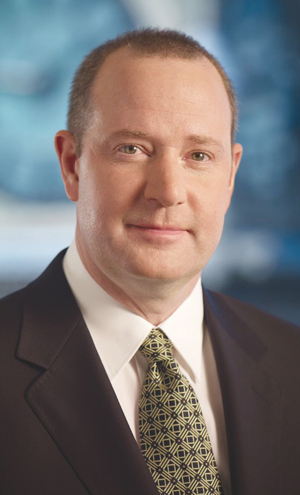 Likewise, service providers are offering revamped programs and considering higher award limits in order to meet the requirements of the new regimes.

As of Feb. 1 of this year, clients of the investment industry must comply with new complaint-handling rules issued jointly by the Investment Industry Regulatory Organization of Canada (IIROC) and the Mutual Fund Dealers Association of Canada (MFDA) and echoed in the new terms of reference issued by the Ombudsman for Banking Services and Investments (OBSI).

In an attempt to ensure consistency between dealer members, those organizations have implemented a common complaint-handling framework that imposes standards and timelines.

IIROC-regulated firms - including investment dealers and those engaged in trading activity in Canada’s debt and equity marketplaces - must now have a written complaint handling process and a designated complaints officer. They have five days to acknowledge a complaint and 90 days to investigate and provide a response.

They must give clear information to their clients about the process, including their options if they’re unhappy with the final result. They include taking their complaint to the OBSI or to private arbitration through an IIROC-sponsored program administered by ADR Chambers.

Doug Melville, OBSI’s ombudsman and CEO, explains its function by comparing it to a court of appeal. “If you’re a customer with a complaint, you have to go through the firm’s internal process first. If you’re not successful, then you come to us.

If the client is still not happy, they can still go to court, but at what threshold is it economic to litigate when you’re up against a big financial institution? We have 14,000 contacts a year, and most of those would not be economic or time-efficient to go through the courts.”

In response to the new rules, Melville and his staff are preparing to receive an increased number of complaints once the first 90 days have elapsed since their inception, adding a further challenge after what he calls the “wild times” of recent years.

“With the market downturn on the investment side and the economic downturn on the banking side, complaints have been up 300 per cent in the last three years,” he says. “The growth rate has now levelled off at a new normal - higher than the historic level, and it may now accelerate again.”

Melville’s office keeps close ties with the dealer firms to see how busy they are. “It’s like an early warning system,” he notes. “It’s always within a firm’s control to try to resolve a dispute within the 90 days. I expect everything to be busier but I remain to be proven wrong.”

An alternative venue is ADR Chambers via IIROC’s voluntary arbitration program. It’s currently undergoing a review after a sharp decline in use in recent years. Although it’s opened more than 500 cases since its inception in 1996, last year it opened only eight cases across the country.

IIROC’s preliminary report speculates the program’s award limit of $100,000, the expansion of the OBSI’s mandate in 2002 to deal with investment industry complaints, and its ability to award compensation of up to $350,000 are the main factors in the decline. A period for comments on the report expired on March 16.

ADR Chambers also provides an ombuds service for complaints by customers of the Royal Bank of Canada as Canadian banks must make an external third-party dispute resolution mechanism available to their clients.

“There is no government-funded ombuds organization for banking and investment disputes, and unless and until there is, the banks have to fund it themselves,” says Bette Shifman, ADR Chambers’ banking ombudsperson.

The ADR Chambers ombuds group contains six investigators, who are all lawyers with extensive mediation, arbitration, and negotiation training. “We try to deal with the complaint at several levels without holding any kind of formal proceeding,” says Shifman. “We try to settle and if we can’t, we investigate.”

The group operates under circumscribed terms of reference. “If people are complaining that they didn’t get the best interest rate, we can’t help them,” says Shifman. “We can’t interfere with the commercial decisions of the bank.”

Like OBSI, the ADR Chambers Ombuds makes a non-binding recommendation but publishes any refusal to comply with it.

Another new regulation on the block is pushing players in the securities industry towards third-party dispute resolution.

Unlike the United States and other developed markets, Canada has no federal securities regulator, so the Canadian Securities Administrators passed new rules imposing a national registration regime that includes enhanced processes for handling customer complaints.

They give portfolio managers and investment counsel firms two years to develop a third-party dispute system.

“They are not required to use us but could if they want to,” Melville says. “The rule leaves it open to them to choose. At present, these firms are using OBSI as part of the Investment Funds Institute of Canada group, which helped found OBSI in 2002. The new arrangement throws the door open.”

ADR Chambers intends to offer these firms an alternative to OBSI. Portfolio management and investment counsel registrants have the two years to be in compliance, but Shifman hopes to have something to offer them soon.

“Right now, we are thinking of mediation followed by an investigation similar to the ombuds program with a non-binding recommendation. We are listening to the industry as to what will meet their needs.”