The Law Society Tribunal has boosted the number of non-lawyer and non-bencher adjudicators, a move some observers say creates a fairer process for those facing disciplinary proceedings. 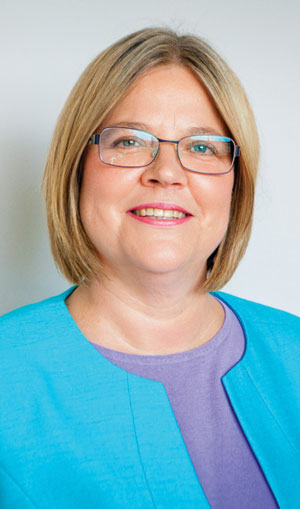 Ten lay and 13 non-bencher lawyer adjudicators are now members of the new tribunal that decides the fate of lawyers accused of professional misconduct. The revamped tribunal has been operating since March following provincial amendments to the Law Society Act last year.

The move towards more lay adjudicators followed a March 2012 Law Society of Upper Canada report that imagined a redesign of the tribunal process. “Qualified and available adjudicators play a central role in the effectiveness, reliability, transparency, and fairness of the tribunal. Self-regulation necessitates that lawyers and paralegals will preside over regulatory proceedings concerning their peers. To ensure the added input of the public, lay appointees are also an integral part of the hearings process,” according to the report.

“Traditionally, only benchers sat as adjudicators, but since 2006 the Law Society Act has provided that benchers, licensees, and persons approved by the attorney general are eligible to sit on hearing and appeal panels.”

The change offers some comfort to accused lawyers who doubt the fairness of a panel made up of members of the law society’s governing body, says Bill Trudell, who often acts as counsel for those facing disciplinary proceedings.

“I have had clients who have appeared before tribunals where two of the three panellists are benchers and the question posed [was], ‘Are they benchers first or adjudicators first?’” he says.

“Although benchers work hard and do their best, the question is a valid one,” he adds, noting appointing outside adjudicators adds “enormous balance” to the tribunal process.

“These new adjudicators, properly trained as judges, can only make the system better optically and in real terms.”

Under the previous model, the law society’s benchers had to serve on disciplinary hearings as part of the requirements of their position. Now, they must apply for the job if they have a particular interest in it.

“The use of bencher adjudicators should be predicated not just on the fact of their election, but on the basis of quality and availability. This is essential to a tribunal that is effective, independent, and transparent,” according to the 2012 law society report.

The result is a professionalization of decisions that come out of the law society tribunal, says University of Ottawa Faculty of Law Prof. Adam Dodek.

“The primary role of the benchers is essentially as a board of directors and their role is to make policy decisions for the law society. They don’t necessarily have any inherent administrative law expertise,” he says.

Involving members of the public in the disciplinary process is also important as the mandate of the law society is to regulate the legal profession in the public interest, Dodek adds.

“Historically, law societies in Canada had a tendency to find whatever is in lawyers’ interest is also in the public’s interest, and so opening up themselves to more and more participation by real members of the public I think will provide an important voice, an important perspective, and legitimacy.”

The 2012 law society report also said the new tribunal would save the regulator money on appeals as “an enhanced adjudicative model is likely to result in fewer successful appeals.”

Another benefit of involving more non-benchers in the process is the impact on the public perception of the law society as a regulator, says Freya
Kristjanson, an administrative lawyer at Cavalluzzo Shilton McIntyre Cornish LLP.

“Cases are prosecuted by law society staff, so putting in now what’s much more clearly an adjudicative tribunal will help the public perception that we sometimes face in any self-regulatory organization,” she says.

“Members of the public will be better able to see the distinction between law society staff, law society benchers, and those who sit on adjudicative panels.”

Trudell agrees, referring to recent media coverage that painted the law society as a toothless watchdog that protects its own.

That perception is false, says Trudell, but “it can be somewhat alleviated by non-bencher adjudicators.”

Still, the law society says not every panel will have non-benchers on it. The structure of hearing panels varies according to type of case at issue, says law society spokesman Roy Thomas.

“These requirements can be departed from in certain circumstances set out in the regulation.”

As the law society makes the transition to its new system, benchers will have an important role to play on hearing panels, according to Trudell. But “as we move towards more and more complex hearings, new help — properly trained and qualified from the outside — complements this existing practice,” he says.