Family lawyers are concerned after the Law Society of Upper Canada revealed it would use a decade-old report that backed paralegal calls to practise in that area as the basis for a promised review of the scope of their practice. 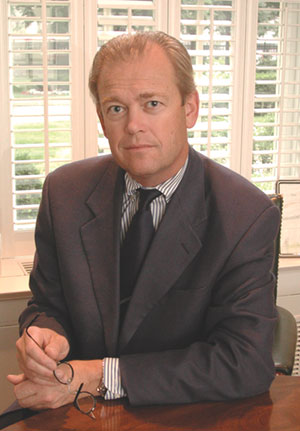 Treasurer Laurie Pawlitza told Convocation on Feb. 24 that the activities identified by former Supreme Court justice Peter Cory in his 2000 report on regulating paralegal practice in Ontario would form the starting point of a review promised at last year’s annual general meeting.

The report, prepared for then-attorney general Jim Flaherty, recommended that paralegals be allowed to practise in a number of realms from which they’ve since been barred when the law society began regulating them in 2007.

Cory said paralegals should be able to act in simple, uncontested divorce proceedings and suggested Legal Aid Ontario should fund them to act in a role similar to duty counsel in family court.

Cory also recommended that paralegals be able to draw up simple wills in certain circumstances and that they could act for vendors in real estate deals when the residence was subject to no more than one mortgage.

In addition, he said paralegals should be allowed to appear in court on appeal from a decision in a forum in which they were able to act, such as the Small Claims Court and the Ontario Court of Justice for provincial offences and administrative tribunals.

Tom Dart, former chairman of the Ontario Bar Association’s family law section, says he’d be uncomfortable with allowing paralegals to practise in family court without a mechanism for verifying their qualifications.

“I would be very concerned about just opening it up broadly and saying you can do whatever you want because you’re a paralegal.

That would be extremely dangerous for the public because there would be a tendency that people would do things when they don’t know what they’re doing,” Dart says, noting even uncontested divorces can involve complex issues.

“Family law is unfortunately a complex area. It’s not that simple. I wish it was but it isn’t. There are just too many issues that can crop up.”

Marshall Yarmus, the paralegal whose motion at the annual general meeting last year sparked the commitment to a review, says Cory’s report is a “good starting point.”

“In terms of family law, we’re looking for things beyond what he suggested because paralegals used to be allowed to make appearances in the family court for certain matters,” he says.

“But at least it also addresses other issues like wills, real estate, and other areas of law where paralegals are not currently allowed to practise and [that] he recommended.”

Chris Surowiak, president of the Paralegal Society of Ontario, welcomes the law society’s action on the scope of paralegal practice.

“The public needs assistance within many aspects involving family law and the public can only benefit in using the professional services of a paralegal in this area,” he says. “Expanding our scope of practice can be a win-win for lawyers, paralegals, and ultimately the public.”

But Cynthia Mancia, co-chairwoman of the Family Lawyers Association, isn’t so sure.
“The biggest underlying theme of justice Cory’s [report] was access to justice, and I think it’s a mistake to equate expanding the use of paralegals as an answer to the existing well-documented access-to-justice [issues] that exist,” she says.

“There is a perception out there that paralegals can provide the same services that lawyers provide but more cheaply. The fear family lawyers have is that that perception isn’t grounded in reality.”

Pawlitza moved immediately to assuage fears that Cory’s conclusions would affect the law society’s own decisions as she announced his report as the starting point. “I want to stress that by using these activities as the starting point, we’re not predetermining any part of the analysis,” she told Convocation.

Yarmus, a former vice president of the paralegal society, tabled a motion last year that asked the LSUC to report on the possibility of expanding paralegal practice into the realm of family law, a move that sparked an uproar among family lawyers who began amassing support to vote the motion down.

The clash fizzled when Yarmus withdrew his motion on the understanding that the law society would study the scope of paralegal practice.

“I’d still like to see something approved by Convocation, not just the opinion of the treasurer,” he says. “I’ve been waiting for several years for the law society to finally take a view of paralegal areas of practice.”

Yarmus would like to see the LSUC set education standards for family law so that paralegals who were working in the field before regulation can get back into business.

“I’ve been after them for quite a while to figure out what education standard is required for paralegals to do family law work. I want a high standard of education to make sure paralegals are competent to do the work that they undertake.”

But Mancia, who’s unconvinced that paralegals could ever achieve the required level of expertise, believes including family law in their scope of practice risks creating a two-tier family justice system. “There are a large number of statutes that a family law lawyer needs to be familiar with,” she says.

“And then there is the interplay of those statutes together with common law and then the rules of practice. It’s far too complex an area to have a paralegal do an extra three months or six months or even a one-year course and then be qualified to practise family law.”

For his part, Dart says many family lawyers are already working hard to decrease costs for clients often with paralegals at the heart of those strategies.

“Most law firms have paralegals on staff, and we supervise them constantly and we allocate specific roles to them at much lower rates than ours. They do work they’re capable of, and it’s delegated and supervised appropriately.”

But for Yarmus, that approach is too restrictive. “As long as the law society sets a high bar, paralegals should be able to accomplish anything that they allow them to do,” he says.

He’s confident the review will end with paralegals practising in more areas of law. “As long as the law society does an unbiased, proper review where they actually ask the public what they want and they ask the people who can’t afford a lawyer the types of services they would like to see a paralegal provide, I believe it will widen the scope of practice,” he says.

Law society CEO Malcolm Heins says Cory’s report was the logical place to start. “It’s the only public analysis that exists with respect to the issue.”

Over the next month, LSUC staff will consult with key players in the areas identified to see whether the access-to-justice issues Cory found still exist.

“We’ll either be revalidating Cory’s views or in fact determining that those services he identified maybe aren’t relevant anymore over 10 years later,” Heins says.

Heins hopes to have a report before Convocation in the fall to then put it out for a wider public consultation.
For more on this see, see "Paralegals call truce over law society motion."