While the federal immigration minister has been taking heat for not being able to outline exact flight plans to get some 10,000 government-sponsored Syrian refugees to Canada by the new year, the legal community is also busy preparing for what impacts the influx may bring. 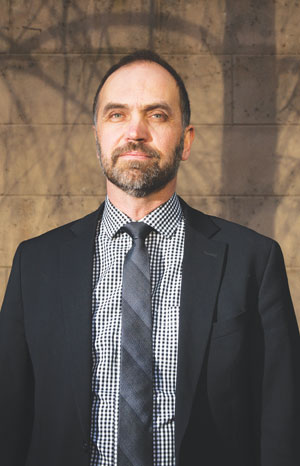 By the end of February 2016, plans are to have about 25,000 refugees settled in Canada, with about 10,000 of those here in Ontario. Plans are that Ontario will welcome about 4,000 of the refugees by the end of 2015. Andrew Brouwer, acting senior counsel in the refugee offices of Legal Aid Ontario, says that while the organization is preparing to assist many Syrian immigrants, the influx of refugees will have likely little impact on its organization.

“We’re looking at a very evolving procedural landscape in terms of the resettlement. But assuming that folks land here with permanent resident status, we don’t anticipate there to be a significant impact on Legal Aid Ontario,” he says. “It’s not looking like there’s going to be a significant need for legal aid assistance, but obviously we’re here and if people arrive and it turns out they have legal issues where they’re eligible for our services, like anybody else, we’re here for them.”

Brouwer says Legal Aid will not need to provide assistance to the expected 10,000 resettled refugees as most coming through the process to Canada will already be arriving with permanent resident status, meaning they do not need the legal assistance that a typical immigration claimant would need.

Nonetheless, Brouwer says there is an expectation some claimants will “arrive here on their own, rather than through the resettlement process and make a refugee claim here.” In that case, Legal Aid will help. He says in-land Syrian claims will be expedited at the refugee board, and it’s those in-land claims for which the organization may need to mobilize.

“We’ve not seen anything to suggest it’s going to be a significant change [to case load]; practically speaking, it’s very difficult for a Syrian refugee, or for any refugee from that part of the world, to make it to a Canadian airport to claim refugee protection,” he says. “Unless some of those overseas controls are relaxed or there’s a new category of visa issued to allow claimants to get here, we’re not expecting any significant shift.”

Brouwer adds that the Refugee Sponsorship Support Program that was launched in October by the Canadian Bar Association, the Canadian Association of Refugee Lawyers, the University of Ottawa Human Rights Research and Education Centre, and Lifeline Syria will also help in relieving what strain Legal Aid might face. The RSSP partners pro-bono lawyers, law students, and sponsorship experts with Canadians who are seeking to sponsor Syrian refugees. The immigration services are offered for free, and the program has signed up about 1,000 lawyers who are ready to assist.

Refugee Lawyer Association executive member and Toronto-based attorney Raoul Boulakia says many of his organization’s members are volunteering to assist the sponsorship support program’s efforts, but he adds that more are still needed to handle the expected case load.

“Lifeline Syria has pro-bono clinics, which many lawyers have volunteered for, but there’s a need for more lawyers with expertise in refugee law to be matched with sponsors, and we are trying to co-ordinate for more creative service delivery so that more people can be assisted,” Boulakia says, adding that the current demands on refugee lawyers is starting to exceed the supply. “Most refugee lawyers already do a great deal of pro-bono work, and this is layered on practices which are chronically underfunded.

“So they have the expertise, but are already in great demand and stretched thin for resources,” he says, adding he hopes more refugee experts will step forward to help.

Boulakia says that while the organization is pleased to play a role, one concern the Refugee Lawyers Association has is the lack of a clear plan to resettle refugees.

“Because this process is being developed while it is being implemented, clarity from government on where expert lawyers can assist would be helpful. We are glad to support the government’s effort.”

Co-founder of the RSSP Jackie Swaisland, an associate at Waldman and Associates of Toronto, says there are about 1,000 volunteer lawyers across the country ready to assist non-government-sponsored refugees find a home in Canada.

Of those 1,000 volunteers that include lawyers of many disciplines, articling and supervised students, and immigration consultants, 600 have already received in-person training and more sessions are currently being organized for January.

The program, spearheaded by the Faculty of Law at the University of Ottawa, helps groups or individuals hoping to sponsor a refugee expedite the process with pro-bono legal assistance by the volunteers. The idea was borne out of a conversation between Swaisland  and University of Ottawa professor Jennifer Bond, a special advisor to the Ministry of Citizenship and Immigration.

“We knew we had to mobilize lawyers and wanted to figure out how to do that,” Swaisland says.
“Government sponsorship is one thing, but we want to also make sure we’re able to support all of these privately sponsored refugees.

“The program has officially been in place for just two months and we’ve already had such a huge response from the legal community. It’s amazing.”

Swaisland says the demands are already high on the program with a backlog of about 450 claims in Toronto, and an additional 450 in Ottawa. In the next couple of months, the goal is to start creating teams of lawyers who can assist refugees deal with any potential problems that may arise.