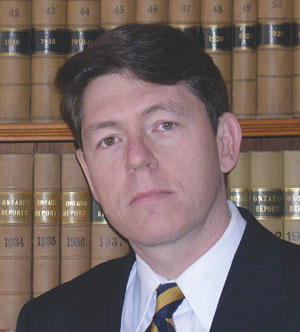 “It’s a terrible place for a criminal lawyer to make a living,” says Toronto lawyer Aaron Harnett of the legal aid system.

“Many years ago, I made a conscious effort to build my practice in the direction of a cash practice rather than a legal aid practice.”

Since 2010, LAO has been paying lawyers on a block-fee basis for certain offences for withdrawals and guilty pleas.

For serious crimes and when a case goes to trial, the lawyer receives an hourly tariff.

Harnett believes in the effectiveness of block fees and charges his cash clients in that manner. He says that block fees, when used properly, have the ability to focus a lawyer in a way that a steady retainer cannot.

They force counsel to do only the necessary work on a case and not do anything extraneous to run up the bill. However, he feels that the block-fee system used by LAO underpays lawyers for their services.

Justesen says that as the block fees are significantly higher than the Tier 1 tariff for less experienced counsel, the new system can attract younger lawyers to work with legal aid.

The block fee is closer to a Tier 3 hourly tariff since most of the lawyers working on the cases reviewed during the calculation process were at that higher rate.

But Thomas Bryson, regional vice president of the CLA, says the exact opposite is true. Younger lawyers are reluctant to work on legal aid cases because they don’t feel they can make a living in criminal law that way, he notes.

Friedberg has seen his and his colleagues’ pay slashed by up to 50 per cent by LAO because it decided that their work didn’t meet the requirements for extra discretionary remuneration.

Yet the biggest problem Friedberg sees is the potential for dump-truck practices involving lawyers taking on large numbers of clients and having them plead guilty in order to rack up block-fee billings.

While Bryson notes even suggesting that lawyers would conduct themselves that way is insulting, it has happened before. Harnett says he saw it with his own eyes during the last incarnation of the block-fee system in the 1990s.

But this time around, LAO has safeguards in place to prevent dump-truck practices. For example, it has daily and yearly billing caps; it requires lawyers to report the outcomes of their cases; serious matters continue to fall under the hourly tariff; and it has new audit, compliance, and panel-management practices to ensure lawyers comply with its policies and procedures.

In the meantime, LAO has also implemented other changes to increase efficiency. For example, it has closed down application offices in favour of courthouse locations as well as nine regional hubs and six family law centres across the province.

Bryson, however, is concerned about access to legal aid in rural areas. He works in Simcoe County, an area with five courthouses but only one of which has a legal aid office. It has been useful at that location, but what about the other four courthouses?

Justesen says that’s where the online and phone application and information systems come into play. Calling legal aid is toll-free from any phone and clients can also apply for a certificate over the Internet.

Despite early problems and a critical third-party review in 2010, wait times for LAO’s call centre are reportedly under three minutes. Justesen notes LAO has implemented all of the recommendations that came from the review by G.E. Moncrieff & Associates in order to handle the large call volume.

Those measures include moving meetings to before or after shift time; reducing the amount of non-call work; keeping detailed logs; removing messages telling people when to call; and investing in technology to handle greater call volume.

Even so, Friedberg says it’s not an easy system.
“Five years ago, it was very easy to call up legal aid and get somebody on the phone,” he says.

“Now, you are put in a labyrinth maze of voicemails or queues waiting in line and it is very difficult to get somebody on the phone and I’ve had complaints from clients as well.”

But Justesen says that by streamlining administration, access to legal aid has improved across the board and there’s more staff dealing with clients. In the meantime, LAO has been able to save $20 million a year.
]
Friedberg, however, isn’t convinced.
“The system that legal aid has been metamorphosing itself into is not more efficient for anybody or anything but legal aid’s bottom line.”

Despite the concerns, Justesen calls the changes to the system nothing short of “phenomenal.”