Lawyers need to be aware of overhaul of construction laws

An overhaul of construction laws has the potential to reduce the number of payment disputes and speed up the dispute resolution process, lawyers say.

An overhaul of construction laws has the potential to reduce the number of payment disputes and speed up the dispute resolution process, lawyers say.

During the multi-stage transition process, it will be vital that lawyers keep track of the timeline for each tweak of the massive law to avoid professional liability, says Ted Betts, head of infrastructure and construction at Gowling WLG LLP in Toronto.

After receiving royal assent in December, many major provisions of Bill 142 came into effect July 1, in the peak of summer construction season. The sweeping changes to Ontario construction laws are likely to touch almost all corners of the industry, including landlords, contractors and condo owners, lawyers say.

“You’re in a transition period and there’s a very technical definition to what projects get grandfathered [into the new Construction Act rules] and which ones don’t. If you’re cavalier about that, and you don’t advise properly, you’re exposing yourself to professional liability. It’s a very real exposure because it’s a very complicated little provision,” Betts says.

“The consequences for people on a project are very real and could be very significant.”

One particularly notable change in the law, which went into effect July 1, extended the period to register a lien to 60 days from 45 days for construction projects, and it enforced more precise payment provisions surrounding lien periods, Betts says.

Some subcontractors and lenders on a project may not even know when lien rights began between an owner and a general contractor, making things even more complicated, Betts says. 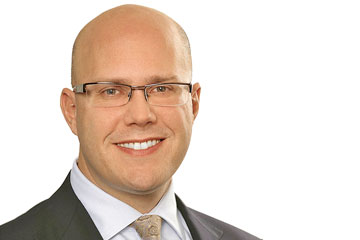 “People need to pay very careful attention to which regime they are in. It will not always be crystal clear, and it could cause a very big problem for parties involved in construction projects,” says Betts, who is also chairman of the Ontario Bar Association's construction and infrastructure law section. “There is a new lien period; it will be very important to know when a client’s lien rights expire and when they don’t. Clients — owners or contractors or subcontractors — will be looking to their counsel for advice on this, and you need to get it right.”

The extended lien periods provide more time for parties to negotiate and resolve disputes, and provide more specific ground rules for when holdback payments would be released, Betts says. But that also puts the onus on construction lawyers and their clients to make sure payments are made on time, he says, without sacrificing lien rights too early.

He says there are also changes that affect the bonding of public projects and the new rules relating to the deposit, administration, recording and traceability of project trust funds.

Both private and public sector projects are affected by the Bill 142 changes, say lawyers, and many aspects allow grandfathering of prior contracts.

What may cause concern is determining which contracts are subject to new rules and which are subject to old rules, says Kenneth Movat, a partner at Fogler Rubinoff LLP and certified specialist in construction law.

“It’s clear when you read that there is no retroactive impact of the act. So, in other words, if you and I had entered into a contract back in May, we’re governed by the old Construction Lien Act,” Movat says. Because there are so many shifting timelines in the bill, the industry should try and operate under conservative timelines for the immediate future for actions such as registering liens to avoid confusing the old rules and new rules, he says.

“There are changes in some definitions, there are some changes in some timelines. It’s not that they are dramatic changes, it’s just that they are new things,” he says.
“People may very well be caught in believing old rules applying to them, when the new rule’s already in place. I think the wise word to anybody in the most general way is whatever the more strict timeline would be, go with that if you can,” Movat says.

But there are larger changes on the way. Movat calls the upcoming changes a “freight train coming” at the construction law industry, while Betts calls it a “culture shift” and a “wholly new regime” that will have impacts beyond the construction industry.

New prompt payment rules require owners to pay a contractor 28 days after the delivery of a so-called proper invoice, while contractors will have seven days after that to pay a subcontractor, said Bill 142.

Owners hoping to dispute an invoice must deliver a notice of non-payment within 14 days of receiving the proper invoice from the contractor, the new legislation said.

Making these rules law, instead of building them into contracts, makes thing more cut and dried when disputes arise, lawyers say.

Changes from Bill 142 also allow parties to refer disputes to adjudication, an amped-up type of dispute resolution similar to arbitration that delivers a decision within 30 days, Leduc says.

“I do quite a lot of arbitrations now, and I think there will be a lot more smaller, quicker arbitrations within the realm of adjudication,” Leduc says.

“I see myself getting involved in those and those happening very quickly. I see cash flow improving for my construction clients, which will make the whole industry a little more competitive in terms of pricing and hopefully less disputes in terms of getting paid, if the whole model pans out the way it is supposed to work.”

He says that, due to Ontario’s changes in this area, “other provinces are following suit as well.”

Leduc says prompt payment regimes and adjudication borrows from concepts that have worked well in the U.S. and U.K., respectively. Over the next 14 months, the government will have to quickly put in place a system for nominating and certifying adjudicators, in order to prepare for the Oct. 1, 2019 changes. The office of the attorney general has said this Authorized Nominating Authority will be selected this fall.

The law was created with the collaboration of dozens of industry groups, Leduc says, and the government went on to adopt most of the recommendations made by his group, which focused on prompt payment. Nonetheless, he says, some of his clients are skeptical that there may be loopholes that haven’t been foreseen thus far.

“They are more concerned about how people will try to get around it,” Leduc says.