A black lawyer alleges a security guard discriminated against him when he was trying to enter the Law Society of Upper Canada building recently. 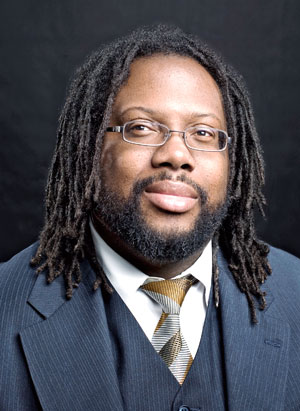 Selwyn Pieters says he was walking into Osgoode Hall to give his intern, Kevin Williams, a tour of the building on July 5, when a security guard approached them at the entrance.

The Toronto lawyer, who is in good standing with the LSUC and frequently attends events at the building, says there were a number of white members who entered immediately before and after him with little scrutiny.

“This is the first time I’ve experienced such aggressiveness and such intolerance,” Pieters says of his experience at the law society.

“We were denied access to a door that anybody really can walk through. I’m troubled by how the security guard conducted himself that day.”

When the security guard approached them, Pieters identified himself as a lawyer and presented his LSUC identification card, which was expired.

The security guard then grabbed the card out of his hand, Pieters says, and denied him access.

“He saw someone that he determined couldn’t possibly be a lawyer notwithstanding that person showed an ID card,” Pieters says.

Pieters then had to go across the hall to obtain a renewed membership card. He then re-entered while another security guard was there and continued on the tour he had planned for Williams.

Pieters says he was subjected to differential treatment based on race.

“This security guard’s conduct in effect amounted to racial profiling of a Black lawyer,” Pieters wrote in a letter to the law society.

Pieters says the security guard was rude and should have conducted himself more tactfully and diplomatically.

“I was kind of taken aback in terms of if he is a regular, why is he being treated like that?” Williams says.

“Security is usually tight, yes, but at the same time I think there is usually a level of courtesy and etiquette when you’re dealing with something — especially if he’s a member of the society and he’s a lawyer.”

Since the incident, LSUC CEO Robert Lapper has met with both Pieters and Williams separately and assured them the incident would be investigated.

Pieters says Lapper made him assurances that bias training would be given to staff, but the lawyer said he is still waiting for a written response to the letter he wrote concerning the incident.

“I would want to wait and see a formal written response by the CEO of the law society before I contemplate what the resolution is and whether it’s satisfactory,” he says.

He also demanded to see the video footage of the incident, but he says he has not been given a copy. In his meeting with Lapper, Pieters says the CEO told him he had watched the footage and that the security guard did not recognize him.

Pieters says he has been coming to the building often since 1998, when he worked as a registrar at the Divisional Court.

In his letter, Pieters threatened to take the matter to the Human Rights Tribunal if the law society does not resolve the matter to his satisfaction.

“The LSUC and its staff have to get it right when dealing with Black people,” he wrote. “Treating a Black lawyer in good standing as an imposter is not acceptable.”

Pieters says he fears the incident is a symptom of a deeper cultural problem at the law society. He says he hopes that the LSUC will move quickly to provide more anti-racism training for its staff.

“I don’t blame the guard. It’s not one bad apple. He reflects the culture of the law society. That’s how I feel,” he says.

In an e-mailed statement to Law Times, spokeswoman Orli Giroux Namian said the law society has standard protocols for entry to the law society’s premises that were followed.

“While those protocols were followed on July 5, we regret that Mr. Pieters’ experience in interacting with our security staff was not more positive,” she said.

She added that the law society has thorough anti-discrimination and anti-harassment training in place for all of its employees.

“Mr. Pieters is a highly engaged member of the Law Society, supporting many of our events and initiatives and we want that to remain the case and, more broadly, to provide a welcoming experience for everyone with whom we interact,” she said.

Pieters also recommends the law society start having a card system that allows lawyers to access the building by simply tapping their card to an entry system such as the ones that have been implemented at courthouses in Hamilton and Brampton.

These new card systems were installed after Pieters successfully brought a claim against the Peel Law Association for a similar incident in 2008.

In that incident, Pieters said he was sitting in a lawyers’ lounge at the Brampton Courthouse with another black lawyer, Brian Noble, and an articling student when a court librarian asked to see their IDs to make sure they were lawyers. She did not ask for identification from anyone else in the lounge at the time, according to a decision in the case.

Pieters says the new card system was installed soon after.