A Bay Street lawyer who accused government lawyers of defrauding the court has failed in a bid to get his tax appeal reopened. 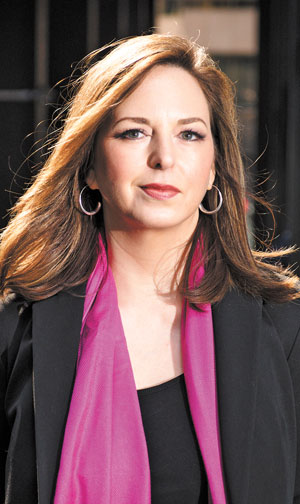 Michael Davies, a partner in the banking and finance practice group at Dentons Canada LLP, was one of around 25 to 30 taxpayers who appealed the Canada Revenue Agency’s decision to disallow capital cost allowance claims for software licences in the tax years between 2005 and 2007.

However, when the group’s law firm, Osler Hoskin and Harcourt LLP, settled the case for less than he had agreed to, Davies claimed the agreement had been made without his authority and was invalid, according to Tax Court Justice Randall Bocock’s April 27 decision.

Since justice department lawyers knew of his objections, Davies’ new counsel argued they should never have filed a notice of discontinuance in his appeal without judicial direction, and that doing so constituted a fraud on the court.

However, Bocock found Davies’ objection, which came long after the agreement was reached and new reassessments had already been issued, arrived too late in the day, leaving Justice Canada lawyers little choice but to follow “legal logic and common sense” by proceeding with the discontinuance.

“Even if the Court were to find such legal logic faulty, such an error did not constitute fraud. The Discontinuance when dated was correct not just in the mind of Respondent’s counsel, but in the mind of [Oslers], the very and only firm retained to protect the Appellant’s rights,” Bocock’s decision reads.
“Post-facto and untimely disavowal by a single Appellant, entirely caused by the omission of [Oslers], and the subsequent advice of same to Respondent’s counsel, also too late in time, cannot revoke, rescind or avoid the pre-existing settlement.”

Davies has appealed, and declined an opportunity to comment while the case remains before the courts.
In the meantime, he faces a steep legal bill in addition to his swollen tax bill, after Bocock ordered him to pay the CRA’s costs on a substantial indemnity basis due to the unproven fraud allegations.

Adrienne Woodyard, a tax partner at DLA Piper (Canada) LLP in Toronto, says Davies faced an uphill task, since the Tax Court of Canada can only set aside notices of discontinuance where they were obtained by fraud, or on the basis of facts arising or discovered after a judgment is made.

“The court will only find fraud in exceptional circumstances. But not only is it very difficult to establish but the failure to do so can also carry fairly serious cost consequences,” Woodyard says. “That’s why the court cautioned them about the cost consequences of alleging fraud, and ultimately awarded substantial indemnity costs, which in itself is quite unusual.”

Davies was himself a partner at Oslers in the tax years at issue in his appeal, before departing in 2007 to act as counsel to Ogier, an offshore law firm specializing in tax-haven jurisdictions such as the Channel Islands and Luxembourg. Based in the Cayman Islands, he advised clients on establishing offshore structured finance vehicles and hedge funds, before returning to Canada with Heenan Blaikie LLP in 2010.
After that firm’s collapse, he landed at Dentons in 2014 along with 21 other Heenan lawyers who decamped at the same time.

Davies’ original CRA reassessment arrived in 2009, when the agency took issue with his claims for capital cost allowances in the tax years of 2005, 2006, and 2007. He turned to his former colleagues at Oslers to fight the CRA as part of a larger group that had claimed similar allowances for software licences, and launched his appeal in tax court in late 2010.

According to Bocock, Davies and the related appellants then took part in a conference call with their lawyers at Oslers on Nov. 23, 2010, where “authority appears to have been given to resolve the appeals within the range of 20-40% of deductibility of the capital cost.”

However, in his motion record, Davies said, “at no time during the November 23, 2010 meeting did I give Oslers tax counsel instructions to settle my appeal. Tax counsel has been instructed to pursue settlement discussions only and to follow-up after feedback had been obtained from the Department of Justice.”

Davies then heard nothing more from Oslers until September 2013, almost three years later. In the meantime, the law firm had entered negotiations with Justice Canada lawyers, and ultimately settled on behalf of the entire group for just 10 per cent capital cost deductibility. The minutes of settlement were executed in July 2013, along with the notice of discontinuance, which was only to be filed once the reassessments were issued, conforming to the settlement.

The law firm’s first contact with Davies came in on Sept. 23, 2013, 10 days after his new notice reassessment was issued by the CRA. According to Bocock’s decision, Davies made his opposition known to Oslers, who in turn asked Justice Canada on Sept. 25, 2013 to reverse Davies’ reassessment and not file the notice of discontinuance in his case. Nevertheless, a government lawyer filed the discontinuance on Oct. 2, 2013, telling Oslers that the settlement was reached on the basis that all the appellants were prepared to settle and that it would not be possible to reverse the assessments.

Woodyard says Davies’ case for fraud was “seriously undermined” by the fact that Justice Canada had asked for, and received, confirmation from Oslers of its continued retainer for all individual appellants before signing the settlement.

“That was a particularly prudent step in this case, but probably advisable in any event. Lots of things can change over a long period, especially when you are dealing with such a large group of clients,” Woodyard says.

Despite his findings on the lack of fraud, Bocock went on to reject Davies’ call for the judge to examine the minutes of settlement and find them invalid due to Oslers’ alleged lack of authority to settle the appeal.

“To conduct such an inquiry and rescind the Minutes in these factual circumstances ignores the obvious and consequential responsibility and omissions of [Oslers]: no communication with a client for 3 years, no fresh contact within 54 days of execution of the Minutes, the day delay in contacting Respondent’s counsel and then only by voicemail and no advice by Appellant’s counsel directly to the Court. These omissions clearly impact the solicitor-client relationship, but their time of discovery was simply too late to allow this Court to exercise its discretion to invalidate the Minutes and the resolution of this settled litigation,” Bocock wrote.

According to Woodyard: “The court is saying that really this is a matter for the appellant and their former counsel to resolve between themselves, and not for the court to resolve at this point,” she says. “I think the case underscores the importance to lawyers of maintaining clear lines of communication, particularly when dealing with large groups of similarly situated individuals.”

Peter Aprile, the principal at Toronto firm Counter Tax Lawyers, says the decision reveals an “unfortunate situation” in which “everyone suffered,” but he believes it could have been prevented. At his firm, regular updates are delivered to clients in an attempt to avoid communication issues.

“Our 60/60 progress reports ensure that our clients are informed of the progress that we made in the past 60 days and the progress we expect in the next 60 days,” Aprile says. “It takes time and effort; and we do not charge for the report, but we believe 60/60 progress reports are an important custom. It helps clients stay well informed, reduces questions, raises the quality and depth of client meetings, ensures that we are on top of every file, and it invites clients to schedule a meeting to address any issues or questions.”