Lawsuit against police over wiretapping authorization thrown out

A Superior Court judge has thrown out a man’s lawsuit against the Toronto and York police forces. 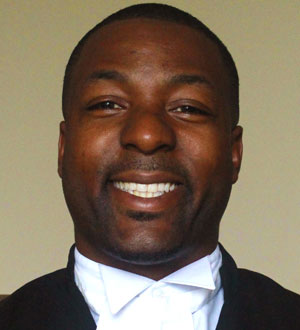 Justice Suhail Akhtar threw out every aspect of Christopher Du Carmur’s claim, which challenged the authorization of two wiretap investigations that led to his arrest in 2008.

Kevin McGivney, the lawyer representing both police forces, says the case is one of the few civil decisions addressing negligence allegations against the police related to a wiretap investigation.

“In this case, the judge carefully went through the way wiretaps are challenged in the criminal context and the tests that have been created and he applied it in a civil case, when the allegation was being made that the police were negligent,” says McGivney, a partner at Borden Ladner Gervais LLP.

The Toronto and York police conducted separate but connected investigations — Project Betrayal and Project Cabra — in which Du Carmur was a suspect.

Du Carmur was not tried of a crime after his arrest and the Crown later stayed his prosecution in 2010.
In his claim, Du Carmur v. Cole, 2016 ONSC 4930, Du Carmur said the police had no reason to target him in their investigations and that doing so breached their duty of care. He also alleged the police lied in order to obtain the wiretaps that led to his arrest.

Project Betrayal was a York Regional Police investigation into a group suspected of a slew of offences that included a kidnapping and three robberies.

Detective Douglas Cole — who was one of the defendants in the claim — sought the authorization to intercept the calls of a list of suspects, including Du Carmur.

The Project Betrayal wiretaps were then used to obtain a second authorization for a wiretap in the Toronto police’s Cabra investigation, which concerned alleged drug trafficking.

As Du Carmur’s arrest hinged on wiretap evidence obtained through the Cabra investigation, the success of his negligence claim depended on whether it was appropriately authorized.

In order to determine if the wiretaps were properly issued, the judge used tests set out in R. v. Garofoli, which measures police conduct based on what they know or ought to have known.

“Accordingly, any individual act of negligence by the police becomes irrelevant if the Cabra authorization was properly issued, as the wiretap evidence obtained from the Cabra warrant gave rise to the arrest of the plaintiff,” Akhtar wrote in the decision.

“If the Cabra warrant was properly issued, the police had reasonable and probable grounds to arrest the plaintiff and lay charges.”

Akhtar added that proving the wiretap should not have been issued would only be part of a successful negligence claim as the court would also have to consider “the individual impugned acts,” to see if they fall within tests set out by Hill v. Hamilton Wentworth Police Services Board. The Supreme Court decision set out the parameters for defining the standard of care police should meet.

The judge, however, said those suspected of crimes are not entitled to a perfect investigation and that police can be expected to make mistakes. Negligence could only be established if Du Carmur was able to prove those errors fell outside the scope of reasonableness identified in Hill, Akhtar said.

Citing Garofoli, Akhtar determined the police had a reasonable belief to apply for the wiretaps, and Du Carmur’s claim was dismissed.

Akhtar found that while Cole had made an error in his request to obtain a wiretap, it was not an attempt to mislead the authorizing judge, who would have considered the application in its entirety and “not in a piecemeal fashion.”

Stuart Zacharias, a partner at Lerners LLP, who has acted as a defence lawyer for the police, says giving weight to the determinations in the previous criminal proceedings helps to promote consistency between the criminal and civil.

“The court’s really reminding litigants of the significance of the determinations in the underlying criminal proceedings and how important and central a role those are going to play in the liability analysis in the subsequent civil case,” says Zacharias, who did not act in the Du Carmur case.

Jason Bogle, the lawyer representing Du Carmur in the claim, says he plans to take the decision to the Court of Appeal. He says he was surprised by the decision as he was hoping there would be the emergence of a civil test.

“Instead, what we saw was Garofoli just simply inputted into the civil context and there are two different standards,” he says.

Bogle says the central question of the case should not have been whether the judges had appropriately issued the wiretap authorizations, given the acknowledgement of an error in the affidavit.

“Once you say you recognize they did something wrong, the question now goes to what is the compensation for that wrong, not whether or not you should still issue, because everything else flows from that mistake,” Bogle says.

McGivney says Garofoli and other decisions like it set up the regime for challenging wiretaps and that there is no different regime in the civil context.

“The test for negligence requires consideration of whether the defendant officer met the requisite standard,” he says.

“The standard to be met is set out in the Garofoli line of cases.”

He added that police officers must meet the tests set out in the Criminal Code.

“If you are going to allege they were negligent, the starting point has to be an assessment of whether they met the applicable criminal law standards,” he says.

Noted Akhtar in his decision: “Both parties agree that the authorization must be reviewed using the test set out in R. v. Garofoli.”