The Law Society of Upper Canada has extended the Law Practice Program for two more years. 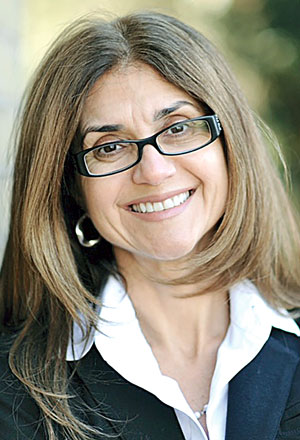 After a debate about the controversial alternative to articling, the law society’s governing body, Convocation, voted to approve recommendations to let the program’s pilot continue.

The law society’s Professional Development and Competence Committee had originally recommended the program should be scrapped after its third year, but it pulled an about-face after public backlash that saw the committee receive more than 125 submissions.

“The licensing system — while it is our responsibility and we’re tasked with making the ultimate decisions — it affects every participant in the justice system,” the committee’s chairman, Peter Wardle, told Convocation at its November meeting.

“So it’s important that we listen and that we reflect on what we’re hearing.”

The program was initially proposed as a five-year pilot, but Convocation cut it down to three years over fears it would become “entrenched.”

But the shortened program meant the committee tasked with reviewing the LPP only had so much data to evaluate it.

Proponents say the program needed to be extended in order for it to be properly assessed.

Bencher Gina Papageorgiou, who supported the recommendations to extend the LPP, said the law society’s review of the program clearly shows the LPP was better than articling in certain ways.

“Our obligation is to govern in the public interest and I cannot understand how we could think about moving away from a program that actually trains people — it looks at this early stage — in a better and more consistent way than articling,” she said.

The committee released an initial report in September, which found the LPP should end because of a perception that the program’s candidates were second tier, even though there was no evidence to suggest the program was inferior to articling.

The report was based on surveys and focus groups with LPP candidates and employers, but it recognized it did not have sufficient information to compile statistics about employers’ views of the program.

Bencher Joe Groia said there is overwhelming evidence of a perception that the LPP is second tier, and that its candidates have to deal with the stigma attached to it. He said the LPP harms its candidates and the public interest as well as the profession itself.

“It needs to come to an end, in my respectful view, today,” said Groia, who called himself part of a “somewhat small and lonely minority” that still wants to scrap the LPP.

Groia argued that the LPP has also led to a large amount of unpaid placements.

Opponents of the LPP have also argued it puts too much of a financial burden on both the program’s candidates and articling students, whose fees have increased to cover the cost of the program.

Papageorgiou argued that the law society’s licensing fees lawyers should cover that cost, as there will be an increasing number of new licensees entering the profession in the future.

“Why can we not as a law society say to ourselves, ‘We expect this additional income. We’re going to now commit that we’re going to take this additional money and put it into the licensing process and we’re not going to overburden these law students who are graduating with a tremendous amount of debt already’?” she said.

The original report also cited financial sustainability and poor enrolment numbers as reasons the LPP should be scrapped.

It was originally hoped the program would attract around 400 candidates each year, but there were only 440 students in the first two years of the English program — administered by Ryerson University — and 28 candidates in the francophone Programme de pratique du droit, which is run by the University of Ottawa.

Wardle said the committee had to deal with “artificial deadlines” before its initial report, which gave it a limited amount of time to make its recommendations before the consultation period.

“That approach simply doesn’t work with a problem as complex and [that] has as many pieces as this one and involves so many stakeholders,” he said. “So we have to do this differently in the future.”

At its November meeting, Convocation also approved recommendations to conduct further analysis of the entire licensing process to come up with long-term solutions to recognized problems.

The committee will issue a new report concerning its findings in the first quarter of 2017.

“This is going to be a wide-ranging long-term review of the entire process from beginning to end,” Wardle said. “We’re not going to continue to tinker or make piecemeal changes with one piece of the puzzle at a time.”

The committee also withdrew its recommendations to implement some experimental programs, saying they should be considered later as part of the more comprehensive review.

The committee had recommended the law society look into a three-month abridgement of articling for candidates who participate in skills training in a law society program. It also suggested the implementation of two tests.

The first of the two tests — the Practice and Procedure Examination — would have been given to students before their practical training and would replace the bar exam. The other test was a practice skills examination after the experiential training.

Wardle said the committee is not ruling anything out in its future review of the process, which could potentially include abolishing articling.

“I continue to have reservations about the Law Practice Program as do many on the committee, but it simply did not make sense to end it at this time, without the longer-term plan,” he said.

Wardle also left the door open to looking into extending the LPP for longer than what will now be a five-year pilot.

“We will take our time next time around, and if that means that the LPP has to be extended again, that’s what we will do.”