A Divisional Court judge found himself quite literally in the role of a referee when he decided the winner of a recent under 16 Ontario Cup soccer match. 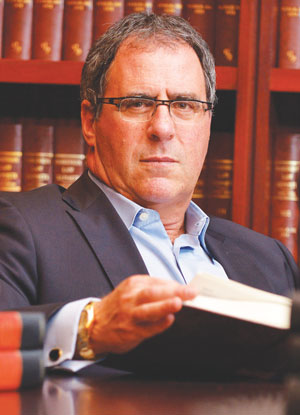 “Sports matches should be decided on the playing field — not in committee rooms nor in courtrooms. Yet that is what ultimately had to happen in this case,” wrote Justice Ian Nordheimer in West Toronto United Football Club v. Ontario Soccer Association.

But Nordheimer said the court had to step in after what he calls an unfair decision by the Ontario Soccer Association to reverse the 2-1 semifinal victory by the West Toronto Cobras 98 against the Woodbridge Strikers 98A.

The association, the governing body for soccer in Ontario, awarded the win to the Strikers after finding the Cobras had used an ineligible player in the game. But according to the judge, the evidence suggests the player, Tristan Borges, was in fact eligible and his name wasn’t on the roster due to an administrative error. The association decided to disqualify the Cobras even though the Toronto Soccer Association admitted to the administrative error, according to the Oct. 8 ruling.

After having the semifinal victory awarded to them by the association, the Strikers had gone on to beat another team, the Panthers, in the finals. But following Nordheimer’s ruling, the Cobras, rather than the Strikers, advanced to the national championships organized by the Canadian Soccer Association.

Nordheimer suggested the Cobras should play against the Panthers in the finals. But if a rematch isn’t possible due to time constraints, he declared the Cobras the winners of the final game “since they properly stand in the shoes of the Strikers.”

The court’s decision is a rare one and in some ways problematic, says John Polyzogopoulos, a sports lawyer at Blaney McMurtry LLP. He found it odd, for example, that a court would declare a team the winner of a game it didn’t play in. “Just because Team A beats Team B and Team B beats Team C, that doesn’t mean that if Team A plays Team C, Team A would win,” he says.

Once the judge found the Ontario association’s decision regarding the semifinals couldn’t stand, he could have sent the matter back to the organization to decide what happened next, according to Polyzogopoulos.

“Maybe it should have been up to the OSA then to decide, given that the Cobras should not have been disqualified, what happens [next],” he says.

But Tim Danson, the lawyer who represented the Cobras, says what Nordheimer did was to restore the Cobras’ victory that was “stolen from them through an egregious miscarriage of justice.”

His clients wanted to arrange for a match between the Cobras and the Panthers, but that wasn’t possible, says Danson, adding it would have been unfair for Nordheimer to allow the Ontario association to make the ultimate decision of who was the winner of the finals.

“How can you give it back to the same organization that engaged in an egregious, egregious miscarriage of justice?” he says, adding the decision sends an important message to sports organizations.

“These sports associations and federations really do have a holier-than-thou attitude that they cannot be held accountable for their decisions, that they are immune from any kind of judicial review,” he adds. “And as a consequence, when people are immune and they are not accountable, you get abuses and the facts of this case could not illustrate this point better.”

“There tends to be, by arbitrators and judges, a certain deference given to referees, umpires, and other officials in the sports who are responsible for applying the rules for any particular game or competition,” she says.

“The reason why is because there is this understanding that those involved in sports, such as the referees, the sports organizations, are those that are intimately acquainted with the rules and regulations of their sport,” she adds.

The recourse to go to court should always be available to those involved, Standryk notes, adding the court’s intervention should include deference to the people who have the technical knowledge and an intimate understanding of the game.

But in this case, Nordheimer said the Ontario association didn’t deserve deference. “The end result is that the OSA reached a conclusion that finds no foundation in the evidence that was before it. In effect, the OSA has arbitrarily, and unfairly, changed the result of a match and has done so for no apparently legitimate reason. As such, the decision of the OSA is one that does not deserve deference from this court,” he wrote.

While Nordheimer suggested the courts “should be loathe” to intervene in sport matches, he said that doesn’t mean they don’t have jurisdiction in these matters. “We have a team of teenage boys who won an important game on the playing field only to have that victory subsequently taken from them by the actions of certain officials within the governing body. Our society works constantly to instill in young people certain basic principles among which are that people should treat each other with fairness and that everyone should be subject to, and should play by, the same rules. Our belief in those principles is best demonstrated by how we deal with issues such as arose in this case,” he wrote.

“If this victory is taken from these boys through a process that is fundamentally unfair, as I believe it to have been in this case as I shall explain below, then, in accordance with our stated principles, it would be expected that steps would be available to rectify that result,” he added. “If we say that there is no recourse available to correct that unfairness, what message do we then send as to our true belief in the importance of fair play?”

The role of the Ontario association is very much a public one, the judge said, noting the case isn’t about a school game or a neighbourhood league.

The Canadian Soccer Association issued a statement saying it would abide by the ruling and designate the Cobras as the province’s representative at the national championship.

“Canada Soccer and the Ontario Soccer Association tried to broker a deal that, in the spirit of fair play, would have allowed two clubs to attend the 2014 Canada Soccer Sport Chek National Championships — namely the West Toronto Cobras and the Woodbridge Strikers, who have been denied participation in the national championship as a result of the court ruling. Regrettably, an agreement could not be reached,” the organization said.

Kurt Pereira, counsel for the association, says he doesn’t have instructions from his client to comment on the ruling.