A Kingston, Ont., judge has ordered a father to make child support payments directly to his daughter in a decision one family lawyer lauds as a “creative” and “unusual” attempt to reduce the level of conflict in the family. 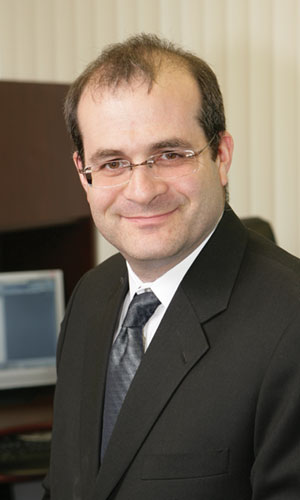 According to Oczkowski v. New, the mother and father, Yolanda Oczkowski and David New, had separated in the early 1990s. Both parents sought to reassess the amount of child support the father was paying since the last court order in 2007.

Payments for one child who has just completed his university studies are to cease. The other child has at least two more years of undergraduate study left.

In her June 22 endorsement, Ontario Superior Court Justice Cheryl Robertson noted that the relationship between the parents was strained, something that was further complicated by the fact that both children had cut off relations with the father.

“In this family, money issues have crept into the relationships,” Robertson wrote. “These parties have fought between themselves about proper support and s. 7 contributions for years. The conflict is chronic and passionate.”

As Robertson pointed out, the mother at one point copied the children on e-mails to the father under the pretext of transparency.

“The children responded to him directly with inappropriate e-mails. The mother voices support to the father as a parent, but he feels vilified by her in the eyes of the children. She denies denigrating him to the children. Regardless of the cause, the relationship between the father and these two adult children is broken.”

Robertson ruled that the table amount of support under the federal child support guidelines was inappropriate in this case and that she’d determine the number herself.

In these cases, “child support is usually just about money and math” and driven by the budgets of the child, Robertson wrote. But her decision also emphasized the guidelines’ objectives of reducing conflict and tension between parties as well as establishing fair support.

Robertson eschewed a detailed accounting of the daughter’s child-care expenses, including tuition, books, car insurance, and transportation. Instead, she opted to set a monthly amount paid directly from the father to his daughter while putting her in charge of managing the money.

“While this may create a cash-flow hardship, seem arbitrary or imprecise, I find it to be the fairest and most appropriate solution for this family,” Robertson wrote.

“This order will minimize the bookkeeping and conflict. She has chosen to end a parental relationship. Managing her money is a less onerous responsibility to entrust her with.”

The father will pay $784 per month, alongside $1,039 from the mother, for a total budget of $22,000 annually. Robertson suggested the mother pay her amount directly to the daughter, too, but didn’t order her to do so.

That solution would sever the financial ties between the parents and allow the child to “focus on her studies and make financial decisions without parental pressure,” according to Robertson.

Andrew Feldstein of Feldstein Family Law Group in Markham, Ont., says he’d like to see more judges taking an approach that eliminates tension among the parties rather than focusing only on the math.

“The challenge with the math is you can end up spending a lot more money doing the math on the legal fees than what you’re fighting about,” he says. “All in all, I thought this was a creative decision and I thought it was a good idea under these circumstances.

It took a practical approach to reducing conflict for the family, which was clearly needed for this case.”

While direct payment of child support to the child is rare, Feldstein says it may have a positive effect in this case. “By doing that, it shows the daughter what the dad is contributing every month and perhaps could help rehabilitate the relationship between the two.”

However, Feldstein notes that not all cases will lend themselves to this type of approach. For example, the relatively short period remaining to pay child support reduces the need for a more detailed look at expenses.

When children are younger, activities and expenses can vary wildly from year to year, as can the relative incomes of the parents. “Unless people are really getting along well, it’s ripe for disputes,” Feldstein says. “It’s ripe for people to take advantage of.

This works because there’s one child left for support for a very specific amount of time. This certainly would not apply with minor children.”

Tom Dart, former chairman of the Ontario Bar Association’s family law section, says that while judges undoubtedly have the power to order support payments directly to the child, there are pitfalls. In cases such as this one where the child lives at home with the mother during the summer, the parent won’t get money to help with the associated costs.

“So mom has to negotiate with her daughter when she’s home for the summer [that] you’ve got to pay me some of this money to help me support you. That’s a bad situation,” says Dart.

In other cases, it may also send a message that the custodial parent can’t be trusted with child support payments, according to Dart, who adds that while the apparent aim to rehabilitate the relationship between father and daughter may be laudable, the effort could backfire.

For example, should the father be unable to make his payments for any reason, the daughter, rather than the mother, would have to take enforcement action, something that could compound the tension in their relationship.

“I can understand why the judge is doing it, perhaps trying to heal the relationship between the father and the child,” Dart says. “But I think probably counselling would be more appropriate.”