Judge has strong words for jury trials in civil cases

The commentary of a judge in a recent Superior Court decision has reignited a long-standing debate on the use of civil juries in personal injury matters. 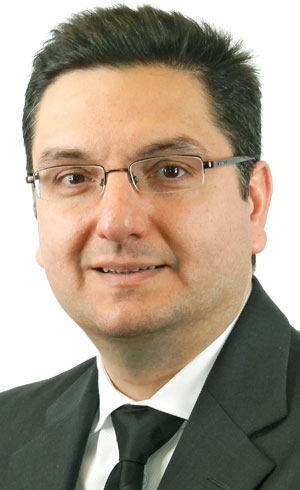 In Mandel v. Fakhim, the jury found the defendant was responsible for causing a car accident in 2009, but it awarded the plaintiff, Alan Mandel, just $3,000 for damages after he sought $1.2 million.

Justice Frederick Myers supported the jury’s decision, but he also had some strong words for the civil jury system.

“While jury trials in civil cases seem to exist in Ontario solely to keep damages awards low in the interest of insurance companies, rather than to facilitate injured parties being judged by their peers, the fact is that the jury system is still the law of the land,” he wrote in the decision.

“This jury has spoken and did so loud and clear.”

“It’s, unfortunately, the reality. Juries over the last several years have been unfairly influenced by mostly the insurance companies to come in with a prejudice against injured plaintiffs,” says Bonn, who was not involved in the Mandel case.

Bonn says it is difficult for the average plaintiff to get a fair personal injury trial as a result, especially in cases concerning car crashes. While there are certainly cases that are successful, Bonn says there can often be a disconnect between what juries award and what a judge feels is fair.

“I think that it’s unfortunate, but the reality is a lot of juries are jaded against injured plaintiffs,” he says.

Under the current system, just one side needs to issue a request for a jury. Once the request is made, if the other party does not want a jury trial, they have to prove the case is too complex for a jury, which is rarely the case in personal injury matters, says Bonn.

He would like to see the system changed so that both parties would have to agree on having the matter tried before a jury.

Lawyers say jury trials are also more expensive than having a trial with a judge and can often take twice as long.

Eric Grossman, a defence side lawyer, says complaints about civil juries date back decades, but in his view they play an important role.

“They are the conscience of the community. Judges by their very presence of hearing cases day in and day out don’t share that conscience to the degree a juror does,” says Grossman, a partner with Zarek Taylor Grossman Hanrahan LLP, who was not involved in the case.

In the Mandel case, the contact between the cars in the accident was “slight,” according to the decision, but Mandel claimed he suffered “very substantial physical and emotional injuries” from the crash, resulting in chronic pain. He also has not worked since the accident.

After a 12-day trial, the jury awarded Mandel the $3,000 for general damages and did not award anything for loss of income, medical care or housekeeping costs.

“It is perfectly clear that the jury believed that the minor contact between the vehicles caused Mr. Mandel only very minor injuries and it awarded him very modest damages accordingly,” Myers said.

Mandel will not recover any of the money awarded because of a requirement under the Insurance Act in Ontario that all non-pecuniary damages arising from car accidents are subject to a mandatory deductible, which was at least $30,000 in this case.

Bonn says that jurors are not told about this deductible before they come to their verdict.

“The jury’s already coming in jaded, already maybe providing reduced compensation and then it gets reduced again further,” he says.

Frank DelGiudice, one of the lawyers for the defendants, said a jury was suitable for this case as credibility was a central part of it.

“A lot of this case had to do with credibility of the plaintiff and, as Justice Myers said, they spoke loud and clear in coming to the decision that they did,” he says.

DelGiudice, who is a partner at McCague Borlack LLP, says very few personal injury matters actually go to trial and the ones that do often centre on credibility issues.

As long as a judge properly provides charges, juries are well equipped to deal with these kinds of cases, he says.

“A lot of the cases that are being litigated are chronic pain cases where credibility is key,” he says.

Alan Rachlin, the lawyer for the plaintiff, says jury verdicts have been low in recent years but not because of any inherent failing of the civil jury system.

“What distinguishes our society from any others is that people can ask for other members of the community to decide their dispute,” says Rachlin, a partner at Rachlin & Wolfson LLP.

“These days I think it’s fair to say virtually every insured defendant asks for a jury because they recognize the reality that juries have become cynical and tend to render low verdicts. That’s, I think, a reflection of other factors rather than any inherent flaw in the system,” he adds.