Immigration ruling a ‘disaster for taxpayers’

A recent Ontario Court of Appeal ruling on sponsors of permanent residents will merely encourage fraud and burden the general public, says an Ottawa immigration lawyer. 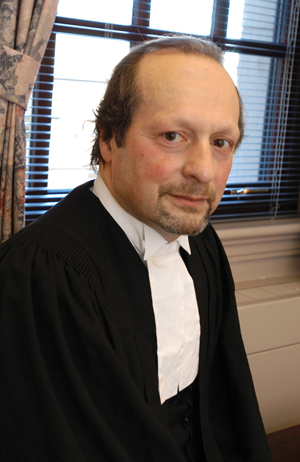 “I think this is a disaster for taxpayers,” says Julie Taub, who earlier this year represented victims of marriage fraud in a class-action lawsuit against the federal government. “They sign a legally binding contract. Why make an exemption for a sponsor?”

The comments come after the appeal court ordered the provincial government to change the way it attempts to recover money from those who sponsor immigrants, paving the way for debt relief and negotiated settlements.

The landmark judgment declared the province must stop automatically forcing residents to repay any social assistance received by sponsored family members and instead must consider individual circumstances on a case-by-case basis.

“Our decision in this matter will no doubt require that Ontario revisit its policies and procedures relating to the enforcement of sponsorship debt,” read the judgment, which overturned a Superior Court decision from last year.

But while Taub is critical, a lawyer who represented one of the appellants says the ruling is a big victory for people who find themselves on the hook for enormous debts.

“It’s a strong affirmation of the fundamental principles of administrative law,” says Lorne Waldman. “There has to be some compassion. Compassion is part of our legal system.”

Waldman’s client, Nedzad Dzihic, sponsored his fiancée in 2003, but she refused to marry or live with him after arriving, according to the court document.

Immigration officials told Dzihic the woman would be deported, but he wasn’t notified when she successfully appealed the deportation order.

He later learned he could ultimately be responsible for paying back more than $100,000 in social assistance to his former fiancée over a 10-year period, Waldman says.

Dzihic and seven other appellants didn’t dispute that they owed money to the province for defaulting on their undertakings. But they argued that financial hardship and other circumstances left them unable to pay.

Like all immigrant sponsors, the appellants each signed undertakings promising to provide for their family members upon arrival in Canada.

Those agreements, which are in effect for a period of three to 10 years, ensure that any social assistance received by a sponsored family member “may be recovered.” Those three words would prove crucial in the judgment.

Despite the undertakings, “by 2004, almost 7,500 sponsored relatives were on social assistance in Ontario, at a cost to the taxpayer of about $70 million annually,” the judgment said.

In that same year, the provincial government established a unit within the Ministry of Community and Social Services tasked with vigorously recovering money from sponsors.

The ministry has since clawed back more than $13.7 million from sponsors in default of their undertakings. As of September, about 5,000 sponsored immigrants were receiving social assistance in the province, racking up about $56 million in repayable debt.

Except under extraordinary circumstances, such as incapacitation, a sponsor is required to repay the debt in full with no provision for negotiation.

“There is a firm expectation that the defaulting sponsor pursue all financial resources available in order to repay the debt in full, including liquidation of assets and/or loans,” according to ministry guidelines.

The appellants argued that both the intention of Parliament and the wording of the legislation, specifically the words “may be recovered,” confer on the province broad discretion in determining whether to enforce sponsorship debt. The appeal court agreed.

The wording of the undertakings themselves gives sponsors the expectation that before deciding to collect a debt, the government would examine individual circumstances and would consider negotiation, the judgment said.

“In order to meet those expectations, it is necessary that Ontario ‘hear’ and consider the sponsors’ submissions,” said the decision by justices Janet Simmons, Susan Lang, and John Laskin.

The ruling declared that the province “fettered its discretion” and said the federal and provincial governments owe sponsors a “duty of procedural fairness” in hearing and considering their stories.

Waldman notes that enforcing absolute financial responsibility on all sponsors without discretion ignores extenuating factors.
“People lose their jobs, they have health problems,” he says. “Usually, we’re talking about people who are down. On top of that, they’re going to get kicked when they’re down.”

In cases of personal hardship, the province might garnish certain entitlements like child allowances or GST rebates, Waldman says. “People who are relying on those are in pretty dire circumstances.”

Sponsors may also be the targets of fraud by immigrants who use dishonest methods to enter the country. It’s simply not fair to force those victims to repay social assistance debts, Waldman argues.

Taub, however, feels that forgiveness of sponsorship debt isn’t the answer.
In fact, the change will make Canada an even more likely target for illegal entry, she says.

“Do you know have fast this news will make it across the world? This will just encourage more fraud. The system needs a whole-scale change.”

Taub says marriage fraud is epidemic in Canada and blames the Immigration and Refugee Protection Act, which confers permanent-resident status immediately upon arrival in the country.

A form of conditional or temporary status for a period of time would go a long way toward combatting marriage fraud, she notes, adding that until that happens, taxpayers shouldn’t have to foot the bill.

The province, meanwhile, said it’s reviewing the decisionbut wouldn’t say whether it would launch an appeal.
“Sponsorship is a serious commitment, and sponsors are expected to live up to their commitments,” the Ministry of Community and Social Services said in an e-mail.

“We are concerned that some sponsored immigrants have to rely on social assistance because their sponsors
are not meeting their support obligations.”