How do protections apply to M&A deal teams?

Just about everyone involved in a significant mergers-and-acquisitions transaction knows what a deal team is. And just about everyone assumed that solicitor-client privilege extended to the deal team.
That was until the question came up and no one could find any direct Canadian authority on the subject. 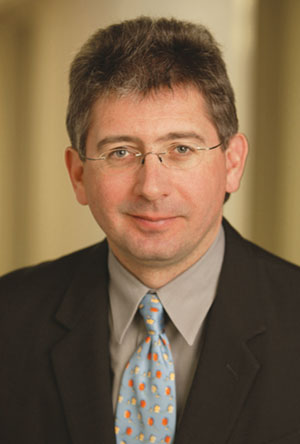 “The absence of authority was a bit startling to me because we as litigators see deal teams all the time,” says Mark Gelowitz of Osler Hoskin & Harcourt LLP. “But it was an issue that had to be decided.”

The issue arose when the global mining companies that were the defendants in the case involving Barrick Gold Corp. and Goldcorp Inc. retained outside financial advisers to help them negotiate the purchase of an interest in a mining operation in Chile.

The deal team also included employees of the defendants as well as in-house and external lawyers and tax advisers.

Gelowitz and colleague Sarah Millar, representing Goldcorp and Sociedad Contractual Minera el Morro, joined counsel for the other defendants in arguing that the communications were privileged because the financial advisers’ involvement was necessary to ensure that the deal team, including its lawyers, understood the financial implications of their decision on the transaction.

Paliare and his team responded that the defendants were commercially sophisticated parties that didn’t require external financial advisers to ensure that their lawyers provided meaningful legal advice.

While Superior Court Justice Colin Campbell ruled that no blanket privilege for the deal team existed, he said the scope of the protection depended on the facts of each case.

Here, he ruled, privilege extended to the financial advisers because their involvement was “necessary and appropriate to the consideration, structuring, planning, and implementation of very complex transactions in a very short time frame;” the “overall legal considerations” involved in the transaction required their specialized advice; the interrelationship between consultants, clients, and lawyers was often a practical reality in complex matters where specialized expertise was necessary; and the financial advisers in this case understood the importance of confidentiality, which was a mainstay of solicitor-client privilege.

As Soriano points out,   however, Campbell did engage in a document-by-document review before ruling on privilege, and it’s likely that this will become a common exercise when questions around protection for the deal team come up in the future.

For his part, Paliare says the issue is one worthy of appellate review.
“I have my doubts about the correctness of the decision, but there’s a certain urgency in this case which Justice Campbell is moving along very quickly, and that didn’t make an appeal practical here,” he says.

“For the time being, I’m satisfied with the fact that privilege for the deal team won’t be taken for granted anymore and that there will be a review of materials to determine what is properly protected by privilege.”

However that may be, the case is a useful guide for lawyers seeking to maximize the likelihood of maintaining solicitor-client privilege for deal teams. “Perhaps the most important thing to watch for is the unnecessary dissemination of privileged communications,” Gelowitz says.

“If you’ve got 15 investment bankers on the file, it would be prudent not to copy all of them with privileged materials. The best practice is to designate who at the top of the pyramid will participate in sensitive privileged communications.”

He suggests that parties that retain advisers who may be involved in legal communications carefully consider the context of their engagement agreements with them and ensure that they’re reduced to writing before the substantive work begins.

“The agreements should also mandate strict confidentiality in deal team discussions, provide that the presence of a financial adviser in legal discussions is not intended to be a waiver of privilege, and refer to the importance of the financial adviser’s input in the context of receiving appropriate legal advice,” Gelowitz says.

“Although these features did not appear in the Barrick case and are therefore clearly not a prerequisite for maintaining privilege, they would be of assistance if the issue arose."