OTTAWA — A Senate bill that proposes to use the federal government’s criminal law powers to stop genetic discrimination starts debate in the House of Commons next week, after years of resistance from the insurance industry. Canada remains the only comparable Western country without laws to prohibit discrimination on the basis of genetic characteristics. 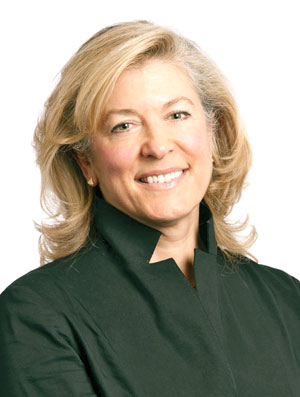 “As the number of genetic tests explodes, and more and more information about people is out there, people are beginning to realize that there are very legitimate privacy concerns,” says Liberal Senator James Cowan, the bill’s author, and a partner with Stewart McKelvey LLP.

Bill S-201, short-titled the Genetic Non-Discrimination Act, is the third attempt by Cowan to pass a bill on protecting genetic privacy, but it’s only the first one to have passed the Senate. The second attempt was gutted by Senate Conservatives in 2015 in advance of the election call, but with the change in government, a redrafted bill passed the upper chamber in April of this year.

The bill creates criminal offences with regard to genetic testing and protects the ability to refuse to undergo a test or to disclose the results under penalty of a fine not exceeding $1 million, imprisonment for a term not exceeding five years or both. The bill also adds genetic characteristics to the Canada Labour Code and the Canadian Human Rights Act.

“If you file a complaint under the Human Rights Code, then you’re almost on trial and you’ve got to carry the burden of the investigation,” says Cowan. “When you’re talking about a bad practice like discrimination, then there’s a role for the state to move in and use its machinery and its systems to carry the ball.”

Cowan calls the federal criminal law powers a better way to deal with it, and offers a consistent regime across the country, given the different areas of jurisdiction that an issue like genetic privacy touches upon. So far, 10 of the 13 provinces and territories have written letters of support for the bill.

“This is not about regulating the insurance industry — it’s about regulating, prohibiting and penalizing discriminatory behaviour no matter who does it, whether it’s an insurer, an employer, an adoption agency, anybody,” says Cowan. “If you use this information, that is an offence.”

Liberal MP Rob Oliphant, the sponsor of the bill in the House of Commons, notes the various jurisdictions of issues that genetic discrimination touches on, whether it’s custody and family law issues, insurance or employment.

Hogg referenced the authority to enact legislation to forbid discriminatory practices generally falls under the provincial powers of property and civil rights per s. 92(13) of the Constitution, but he noted that “there is little doubt that the federal Parliament could if it chose exercise its criminal law power (s. 91(27)) to outlaw discriminatory practices generally.”

“In that shared jurisdiction, both on health and on discrimination, the federal Parliament can act and it would be welcome by the provinces,” says Oliphant. “This still demands legislation from the provinces. It doesn’t cover all bases, so it serves as a good model to get us into the conversation and move the needle, and researchers and clinicians are asking for it.”

The confusion over division of powers is one reason why the bill has taken as long as it has. One of the concerns of the Conservative senators who attempted to gut the previous bill in 2015 was over jurisdictional concerns.

The bill’s effect on privacy legislation is one of the reasons why it is supported by the Office of the Privacy Commissioner, and it would put Canada into the league of countries such as the UK and the United States.

Management-employee communication key to preventing discrimination in the workplace: lawyer