Should members of the bar who haven’t been practising law for some time be eligible to join the bench, including the Ontario Court of Appeal? 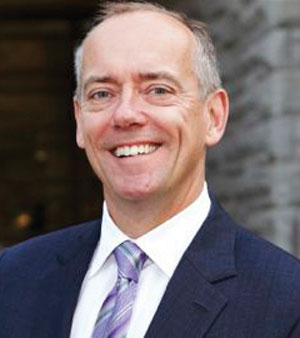 That’s one of the questions following the recent appointment of a constitutional law professor to the appeal court.

The government appointed Grant Huscroft, a law professor at Western University in London, Ont., to the appeal court last month after a nearly 25-year career as an academic in Canada and New Zealand. He’s the first professor, since the appointment of noted jurist Bora Laskin, named directly to the Ontario Court of Appeal in 50 years.

Huscroft was called to the bar in 1987 and for five years paid full fees while a lawyer with the provincial Ministry of Labour. Since 2004, after returning to Canada, he has paid 50 per cent of the annual fee, as permitted by the Law Society of Upper Canada, for members who don’t practise law or perform legal services, according to a spokeswoman for the regulator.

The federal Judges Act states that to be eligible for an appointment to a superior court, an individual must be a “barrister or advocate of at least ten years standing” at the bar of a province.

That provision excludes professors or other members of the bar who don’t practise law, according to Toronto lawyer Rocco Galati. “It is reserved for people who are barristers. Otherwise, why would you need a 10-year rule? That is in place for the lawyer to get experience,” says Galati.

He adds that the French version of the Judges Act refers to “avocats.” “An avocat in Quebec is a barrister,” says Galati, who successfully challenged the appointment of Justice Marc Nadon to the Supreme Court of Canada and a Federal Court practice that permitted deputy judges to preside beyond the age of 75.

The Act Respecting the Barreau du Québec, which governs lawyers in the province, classifies law professors who don’t practice as solicitors. They can’t assume the title of advocate or attorney.

Galati says the exact meaning of the section hasn’t, to his knowledge, been litigated. But he believes there are also good policy reasons for limiting judicial appointments to those with at least a decade in the practice of law. “If a city is hiring a plumbing inspector, would you want them to hire someone who had never done any plumbing?” asks Galati.

The eligibility requirement in the existing Judges Act uses the exact same language as the Supreme and Exchequer Court Act of 1875, when barristers were classified as lawyers who appeared in court.

The Law Society Act in Ontario doesn’t define barristers. Instead, it says members are individuals licensed to practise as a barrister and solicitor.

While the language may not have changed since the 19th century, the accepted meaning is that all members of the bar in good standing are barristers and solicitors, says Adam Dodek, a professor at the University of Ottawa Faculty of Law.

The Judges Act “does not say that they must have been actively practising law,” says Dodek.

“Mr. Galati’s suggestion reads a requirement in to the act that is not there. The same would go for suggesting that a solicitor who had never set foot in court was somehow ineligible for appointment because they had not practised as a barrister,” says Dodek, who notes that the bench in the province has benefited from a number of past appointments of academics.

“These include the likes of Louise Arbour, Louise Charron, Robert Sharpe, James MacPherson, Katherine Swinton. The list goes on,” he says.

Lorne Sossin, dean of Osgoode Hall Law School at York University, agrees with Dodek’s interpretation of the Judges Act. “There is no distinction in Ontario” between a barrister and solicitor, says Sossin. “There is no requirement that you actually practise.”

In addition, Sossin feels that even members of the bar who are in good standing and have never worked in the legal profession or at a law school are likely eligible as well.

The appointment of Huscroft has also attracted scrutiny because he’s part of the “originalism” school of constitutional law that believes courts should defer to the accepted meaning of a statute at the time of enactment.

The newest member of the Court of Appeal has edited a number of legal texts on constitutional law, including one with Ian Brodie, Prime Minister Stephen Harper’s first chief of staff.

Huscroft has also written a number of opinion pieces for newspapers that were critical of the courts for not showing sufficient deference to Parliament and of the judicial appointment process itself.

“The system is secretive, elitist and profoundly undemocratic,” he wrote in the Toronto Star in November 2005.

The “fundamental problem,” wrote Huscroft, was the power of the prime minister and the justice minister and lack of public scrutiny of appointments to the top courts.

Huscroft’s appointment was among a slew of new Ontario judges named to the bench in mid-December. They included fellow Western law Prof. Bradley Miller to the Superior Court as well as notable Ontario lawyers such as Michal Fairburn, a former general counsel with the Ministry of the Attorney General and more recently a partner at Stockwoods LLP. The appointments filled a long list of vacancies in Ontario that had sparked concern among the bench and the bar about the need to have a full judicial complement.

Update Jan. 12: Since Laskin, the government has also appointed another law professor directly to the appeal court. Walter Tarnopolsky, a law professor and noted human rights advocate, joined the Court of Appeal in 1983.