Family lawyers are creating added conflict between former spouses in order to cash in on cases languishing in the province’s court system, says an activist group that launched protests against a practitioner in Sarnia, Ont., last month. 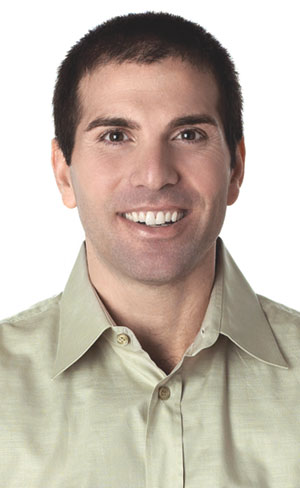 Canadians for Family Law Reform, an organization that describes itself as a watchdog over family court matters, picketed outside the Sarnia courthouse late last month and has sparked controversy by protesting against local family lawyers.

According to the organization’s web site, the group hopes to transform the province’s family court system by lodging complaints with the Law Society of Upper Canada and the Ministry of the Attorney General. It often carries out picketing and protests to speak out against what it says is a broken system.

“We are a group of individuals consisting of men and women who are discouraged with the Family Law legal system,” the group states on its web site.

“What appears to be simple matters are taking years in court to be dealt with and finalized. These cases are taking vicious tolls on people both emotionally and financially.”

But George McFadyen, a family lawyer in Sarnia targeted by the group’s protests in February, says the organization has yet to offer any suggestions for reform and has instead focused on denigrating the system.

“The group appears to be made primarily up of people I opposed in court who weren’t happy with the court’s ruling in their case and decided to form a group to try to sway ongoing litigation in their favour through intimidation,” says McFadyen.

“They are not a legitimate group dealing with family law reform.”
McFadyen alleges members of the group have made defamatory statements against him, shouted at him in the street, and sent e-mails to fellow lawyers saying they were going to “take him down.”

“What they’re trying to do is bring pressure on us to back away from ongoing litigation,” he says.
“That’s not going to happen. They don’t seem to be interested in family law reform. They just seem to want to degrade lawyers and judges.”

Other family lawyers say that while the group is entitled to its opinions and they can understand the frustrations with the court system, not all practitioners are to blame for delays and high retainers.

“There are lawyers out there who overcharge and, understandably, there are a lot of concerns,” says Steven Benmor, a family lawyer at Benmor Family Law Group.

“When someone gets married, they don’t set aside a fund for their divorce and they don’t plan or anticipate the costs associated with it. So when it does happen, they are understandably shocked by it.”

Benmor notes the severity of a divorce or separation could also leave many clients feeling that the court system is broken.

“Right away, we have the fact that it’s not something a person plans for and that, coupled with the fact that divorce goes right to the core of your life, can result in a spouse who is enormously afraid and insecure,” says Benmor. “So their statements aren’t necessarily unfair.

They might just be compounded by their personal experiences in family law.”
Benmor adds that clients’ assessments of the cost of a family lawyer are also subjective and often based on their income.

“For some clients, charging even a little will seem like a lot. What one person could see as overcharging, another could see as undercharging.

So whether it’s cheap or inexpensive, it could still be a lot of money to some people, which may lead some people to say they can’t afford lawyers and therefore the system is broken. It’s based on perspective.”

But Canadians for Family Law Reform isn’t alone in expressing concerns with the family law system. Although its tone and approach are certainly very different, an interim report by the Law Commission of Ontario released last month noted many people feel the family law system is “convoluted” and “fragmented.”

“The problems in the delivery of family justice services call for innovation and responsiveness to Ontario’s changing demographics,” Patricia Hughes, executive director of the law commission, wrote in the report.

“Individuals in a situation of family breakdown need a wide variety of family services, ideally through a single entry point.

In the short term, though, we expect that early information, legal advice, and support can help more people in finding solutions before they reach the court, preventing stress, frustrations, and significant expenses.”

The report called additional reforms in family law, including creating a web site with information for families; innovation in the delivery of legal services; and comprehensive family law centres that are closer to the communities that need them.

“There are a lot of divorces and family law matters going through the courts right now. That may just be the way the times are. Lawyers and judges are doing their best to work with the available resources to get things done in an appropriate manner.”

But McFadyen says while cases may take time to move through the family court, Canadians for Family Law Reform’s approach to the problem hasn’t been helpful.

“The primary purpose of the group seemed to be to come after me. These guys are just vindictive and most people in the community seem to be aware of where all of this is coming from.”
Canadians for Family Law Reform didn’t respond to a request for comment on the issue.