The Divisional Court has reinstated an assessment officer’s decision to cut more than $1 million in legal fees down to $325,000, because the lawyer who charged the fees failed to provide evidence to support his billings. 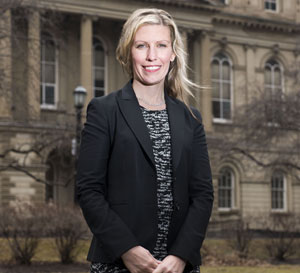 The assessment officer determined the amount after lawyer Anthony Speciale refused to participate in a proceeding that concerned accounts he had rendered to Shrader Canada Limited between 2010 and 2013.

Lawyers say the case is a cautionary tale about what can happen if a practitioner does not provide detailed information about accounts and then fails to be prompt and responsive when dealing with an assessment.

“The courts are viewing this as being extremely important for lawyers to ensure that they are not only adopting and implementing good docketing practices, but that the accounts that they render to their clients have sufficient detail to substantiate the fees that are being charged,” says Nadia Campion, a partner with Polley Faith LLP, who was not involved in the case.

Speciale had been counsel for the company since 1979, but also became president and Chief Executive Officer of the corporation after the former principle was removed because of ill health in 2011. In that role, Speciale signed some of the cheques by which the client company paid him as its lawyers. He charged the company more than $500,000 for services in the year before he was fired in 2013.

When the client obtained a registrar’s order to assess Speciale’s accounts, his lawyer said he intended to bring a motion to set aside the order. At a number of junctures after that, the lawyer’s counsel also signalled his intention of bringing a motion to challenge the order, but did not do so until one week before a return date for the assessment, and a year and a half after he first said he intended to bring the motion.

A judge dismissed the motion, characterizing it as a “thinly disguised effort to avoid an assessment of his legal accounts.”

His appeal was ultimately unsuccessful and the Supreme Court of Canada denied him leave.

As Speciale did not participate in the assessment, the officer had to proceed without any evidence submitted by Speciale who did not provide his dockets, despite repeated requests.

In addition to the $700,000 reduction in fees, the assessment officer awarded more than $17,000 in costs against Speciale for the assessment, as well as his adjournment motion.

Speciale then brought a motion for an order refusing to confirm the assessment officer’s report and certificate. The motion judge ruled in his favour, saying the client did not meet their evidentiary burden in the assessment proceeding.

But on appeal of that decision, the Divisional Court found the motion judge erred by reversing the onus of proof on the assessment.

“In the circumstances of this case, where the solicitor called no evidence at all, the motion judge effectively reversed the onus by holding that the client had a burden to meet,” Justice Jamie Trimble wrote in the decision.

“This was an error of law. There was no onus on the client.”

Trimble added that as Speciale had failed to meet his burden of proof, the assessment officer would have been able to assess the lawyer’s accounts at zero. The Divisional Court tacked on an additional $23,000 in costs against Speciale.

Rosemary Fisher, the lawyer who represented the client, says the decision got to the heart of the onus issue.

“I think the takeaway is that, as is evident in the case law that was at play in this decision, relative to the assessment process, the solicitor does have an obligation to facilitate that process,” says Fisher, the managing partner with Simpson Wigle Law LLP’s Burlington location.

Fisher’s secondary argument to the onus issue was that Speciale’s refusal to participate in the assessment constituted an abuse of process.

The court found it was not necessary to consider this argument given its findings on the other issues.

Bryan Kravetz, a lawyer with Grinhaus Law Firm, who was not involved in the case, says the decision shows that lawyers need to be active participants in assessments rather than trying to delay, as doing so can create problems.

“Conducting yourself appropriately upon being assessed is just as important as your conduct before being assessed, and I think you can save yourself a lot of headaches,” he says.

Campion says that lawyers should be wary of adopting block billing that does not provide clients with any explanation for work undertaken. Lawyers should incorporate the contents of their dockets on account statements in order to protect themselves from assessments and as a best practice, Campion adds.

She says providing appropriate detail is becoming particularly important, as clients are increasingly aware of how much money is being spent on legal costs and are more inclined to assess accounts.

But despite this, Campion says that a number of law firms continue to charge their clients using block entries.

“Not only do they do their clients a disservice, but they do themselves a disservice because it inevitably gives rise to questions about what was the nature of the services that were rendered to justify the fees,” she says.

Robert Schipper, the lawyer representing Speciale, declined to comment as “the matter is still before the court”. Fisher said she has received a notice of motion from Shipper, seeking leave to appeal the decision.