Even as the Supreme Court curtailed the powers of the federal human rights body last month, the Federal Court of Appeal has gone in a different direction in ruling that Canadian Human Rights Tribunal orders carry similar weight to court orders and can lead to contempt findings on their own. 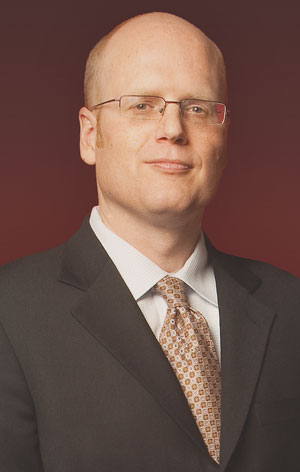 “It is now settled law that decisions of lower tribunals can be enforced on their own account through contempt proceedings because they, like decisions of the superior courts, are considered by the legislator to be deserving of the respect which the contempt powers are intended to impose,” Federal Court of Appeal Justice Marc Noël wrote in Canada (Human Rights Commission) v. Warman on Oct. 26.

“This is what Section 57 achieves with respect to orders made by the tribunal under sections 53 and 54 of the act.”

Section 57 of the Canadian Human Rights Act states that an order of a tribunal can be enforced if usual practices and procedures are followed or if the commission files a copy with the registry of the court.

The case dealt with Tremaine’s violations of the tribunal’s order against him. It stemmed from Warman’s complaints about what the tribunal found to be hateful online postings, which his supporters insist he has the right to express.

“Mr. Tremaine has really been victimized here,” says Paul Fromm, the director of the Canadian Association for Free Expression who assisted Tremaine with his case.

“He’s essentially being gagged politically for posting his views and being batted around the system. It’s mind-boggling what’s being done to this man.”

Tremaine, who worked at the University of Saskatchewan as a math lecturer until April 2005, became the subject of a lengthy inquiry by the Canadian Human Rights Commission after Warman filed his complaint in October 2004.

In his complaint, Warman alleged Tremaine had posted “discriminatory remarks” to “white supremacist” and “neo-Nazi” group web sites under the pseudonym “mathdoktor99,” specifically at stormfront.org and nspcanada.nsfhost.com.

The claims included an allegation that Tremaine had posted the political program of the National-Socialist Party of Canada.

The human rights commission investigated the complaint and referred it to the tribunal, which found in favour of Warman in 2007.

It concluded Tremaine’s messages were “likely to expose persons of the Jewish faith, blacks, and other non-white minorities to hatred or contempt” and issued a cease-and-desist order in addition to a $4,000 fine.

The appeal court ruling, however, found Tremaine has since violated the tribunal order by posting additional messages on the Internet and failing to remove the original ones. The decision followed an earlier Federal Court ruling that dismissed contempt proceedings against Tremaine.

“It was disappointing,” says Fromm in reference to the new judgment. “Here’s a man in his mid-50s who has lost his job and will probably never find one again, given the circumstances, and there seems to be no feeling for this man as a human being.”

But University of Windsor law professor Robert Moon says a failure to put an end to “extreme” and “radical” discriminatory remarks is far too risky.

“Any attempt to exclude from public discourse speech that stereotypes or defames members of an identifiable group would require extraordinary intervention by the state and would dramatically compromise the public commitment to freedom of expression,” said Moon in a series of recommendations to the commission on the matter.

“Because these less extreme forms of discriminatory expression are so commonplace, it is impossible to establish clear and effective rules for their identification and exclusion. But because they are so pervasive, it is also vital that they be addressed or confronted.”

In the meantime, the appeal court has returned Tremaine’s case to the Federal Court for sentencing. Fromm says Tremaine plans to seek leave to the Supreme Court of Canada if necessary.

Others, however, don’t see the issue of tribunals’ powers the way Noël did, as Federal Court of Appeal Justice Denis Pelletier’s dissenting opinion makes clear.

“The difference between our positions is that, in my view, before a person can be found to be in contempt of court as a result of disobeying a tribunal order, that person must have notice that the tribunal order was filed in the Federal Court so that they are aware that they are disobeying what is now a court order,” Pelletier wrote in Tremaine.

The ruling isn’t the only recent authority on human rights tribunals’ power. It comes as the country’s top court ruled the federal tribunal doesn’t have the authority to award costs.

“In our view, the text, context, and purpose of the legislation clearly show that there is no authority in the tribunal to award legal costs and that there is no other reasonable interpretation of the relevant provisions,” Supreme Court justices Louis LeBel and Thomas Cromwell wrote in Canada (Canadian Human Rights Commission) v. Canada (Attorney General) on Oct. 28.

A commission lawyer, however, notes the two cases deal with separate issues.
“The appeal ruling was important in the sense that it showed a breach of a tribunal order can and will result in contempt,” says Philippe Dufresne, general counsel at the federal human rights commission.

“It’s different from the Supreme Court ruling in that the Tremaine case was really about the rule of law, where [the top court decision] was about the powers of the tribunal to make cost awards. So they’re different in that sense.

But the ultimate goal of the commission is to have Tremaine comply with the order.”