In a demonstration of the judiciary’s willingness to reject proposed class action settlements, a Superior Court judge has refused to approve a deal to resolve a pension surplus case after deeming it unfair to some class members who objected to it. 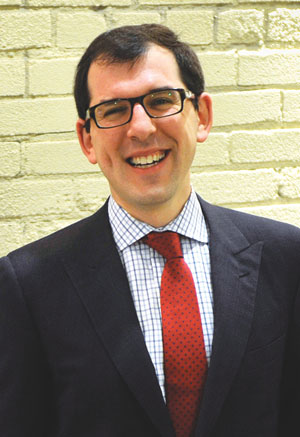 “It is open to the parties to come back with a fair settlement,” wrote Superior Court Justice Paul Perell on March 28 in Kidd v. The Canada Life Assurance Co.

“But even if they do not, it will be a good thing for others to know that under the Class Proceedings Act, 1992, the court will not approve an unfair settlement.”

According to Perell’s ruling, Canada Life pension members had sued the company over claims they should pocket the surplus on their pension plans. The parties reached a settlement agreement last year initially approved by the court. The plan was to give pension members about 57 per cent of the surplus and allocate 12 per cent to inactive members. Under the agreement, Canada Life was to receive about 30 per cent of the  pension surplus.

But this plan was “a great deal undone by fate,” as one Toronto class action lawyer has put it. To both parties’ unhappy surprise, the decline in interest rates in the financial marketplace meant the liabilities of the pension plan increased and the anticipated surplus quickly diminished.
As a result, the parties sought to amend the agreement.

The liabilities of one group of class members were more than others, meaning they would receive “a terribly disappointing monetary award” under the amended agreement, according to Perell. The group’s problems worsened due to Canada Life’s proposal to implement the
settlement without purchasing annuities, Perell wrote.

The parties went to court with the amended settlement, a move that sparked a challenge by those class members who argued it was unfair.
More than 90 of the class members filed a petition to the court asking the judge to reject the terms of the second redistribution.

In a 22-page decision, Perell agreed with the objectors. He called the agreement “substantively, procedurally, circumstantially, and institutionally unfair.”

The amended settlement allotted about $4 million for one group of class members in the first round of distribution. The group was to have a chance at a second redistribution of the surplus, an amount capped at $15 million and to be recalculated on a fixed day in 2014, the judge said.

Putting a $15-million cap is “a disguised way for Canada Life to increase its share of the surplus from the 30.34 per cent originally allocated to it,” the judge wrote. The 2014 deadline to recalculate the surplus is also arbitrary and unfair, according to Perell.

The circumstances of the case are very uncommon, says Siskinds LLP lawyer Daniel Bach, who says it’s unheard of for an approved settlement to find its way back to court after a party rejects an amendment.

“I can’t think of any other case where that happened,” he says. “This is a very unique case that demonstrates two things: one is how complex class action litigations are and the second thing is how seriously the courts take their settlement oversight role.”

Margaret Waddell, a senior partner at Paliare Roland Rosenberg Rothstein LLP, agrees. “The main message is that the court isn’t going to rubber stamp a settlement because the parties have negotiated at arm’s-length and engaged the assistance of an experienced mediator,” she says, adding the courts “are going to want to be convinced that this is a settlement that is in the best interest of a class.”

It’s rare for class action settlements to get unanimous agreement from all class members, says Waddell, but the mere existence of objectors doesn’t mean a deal isn’t in the best interest of class members as a whole.

“That said, some objectors do raise valid concerns and class counsel and the court will pay due regard to what they say.”

In this case, the judge went as far as saying Canada Life should have paid for independent legal counsel for the objectors.

“While the objectors, particularly the five who spoke at the fairness hearing, proved themselves good advocates, their arguments would have been better if they had been made by legal counsel with the skills to match those of class counsel and counsel for Canada Life,” wrote Perell.

That proposition is practically unheard of, says Waddell. In some cases, class counsel bring in a different lawyer to assist in negotiations where there’s a split between the plaintiffs, she notes. “But to a point [of] independent counsel for an objector? I’m not aware of that ever having been done.”

If class counsel could have come up with a better deal for everyone, they very likely would have, says Bach, who adds it will be arduous, if not impossible, to come up with an agreement the court will accept.

“As I read this decision, the original agreement just can’t be implemented anymore, not because people don’t want to do it but it has become actually impossible to implement,” he says.