A recent Ontario Superior Court of Justice ruling appears to open the way to adding invasion of privacy claims to defamation lawsuits against journalists, says a defamation lawyer. 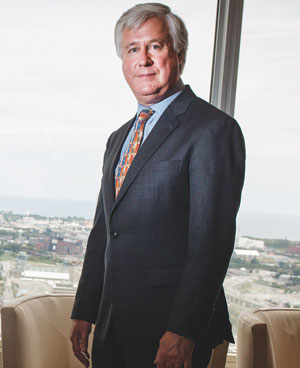 “It’s a development that I think is of concern to the media that invasion of privacy torts that one would have thought are subsumed in defamation may now be treated differently and separately from defamation, as the judge seemed to accept,” says Paul Schabas, a partner at Blake Cassels & Graydon LLP and an adjunct media law professor at the University of Toronto.

On Aug. 31, Justice Graeme Mew released the reasons for his July 17 decision on a motion in Chandra v. CBC. The motion, brought by the CBC, sought to have the court decide that it shouldn’t put an invasion of privacy claim to the jury that the plaintiff had added to his original defamation case.

“Can a plaintiff who has sued a broadcaster for defamation in connection with a television program also maintain a claim for general damages for invasion of privacy?” Mew asked at the beginning of his reasons for his decision.

His answer: Yes, but in this case at least, with some limitations.

In 2006, Ranjit Chandra, who had worked as a professor at Memorial University of Newfoundland’s faculty of medicine from 1974 to 2002, launched a lawsuit against the CBC and three of its journalists. Chandra claimed a CBC news segment, “The Secret Life of Dr. Chandra,” had defamed him. The news piece alleged Chandra had fudged some of his research and claimed to have “uncovered a pattern of scientific fraud and financial deception that dates back to the eighties” on Chandra’s part.

Meanwhile, in early 2012, the Ontario Court of Appeal set a precedent with Jones v. Tsige, a case that, in Mew’s words, “recognized the existence of a common law right of action for intrusion upon seclusion in Ontario.”

Later that year, Chandra added another claim to his statement of claim, this one for invasion of privacy in the amount of $1 million. Among other things, Chandra alleged the CBC had, in Mew’s words, “engaged in a campaign of harassing conduct including the disclosure of embarrassing private facts alleged to be true” and had “secretly and surreptitiously tracked and monitored” his e-mails without his knowledge or consent.

After the court had heard evidence for about 10 weeks, the CBC moved that the privacy claim shouldn’t be put before the jury. The CBC’s attempt failed, but the jury ended up finding in favour of the broadcaster this summer. The court has yet to fix the amount of costs in favour of the CBC.

An appeal on the part of Chandra was looking possible but not certain as of press time.

“My client is presently instructing counsel with respect to an appeal, and I believe his intention is to appeal, but I think counsel will have to have a close look to see what grounds are available,” says Chandra’s lawyer, Jack Lavers, a sole practitioner based in St. John’s.

Part of the CBC’s argument against the inclusion of the privacy claim was that when the news segment aired, the CBC was subject to the Personal Information Protection and Electronic Documents Act, a law that constituted a “complete code” that effectively shielded the broadcaster from other privacy actions beyond an investigation under it by the privacy commissioner.

But Mew disagreed. “The legislation specifically leaves open to a complainant the option of bringing a civil proceeding,” he wrote.

Mew next considered whether the court could consider a breach of privacy claim against the CBC given the circumstances of the case. He noted the precedent set in Tsige, in which “the Court of Appeal confirmed . . . the existence of a right of action for intrusion upon seclusion” given the increased availability of personal information in the Internet age.

He also noted, however, that the judge in that case, “possibly anticipating a case such as the present one,” wrote about the need for balancing privacy claims with freedom of expression and the press.

Moreover, he wrote: “Assuming the plaintiff can overcome the hurdle of showing that the invasion of his private affairs or concerns was without lawful justification, he must still establish that the defendant’s conduct was intentional or reckless and that a reasonable person would regard the invasion as highly
offensive causing distress, humiliation or anguish.”

The CBC’s lawyer, Christine Lonsdale, a partner at McCarthy Tétrault LLP, says the CBC is disappointed the court rejected its argument against the privacy claim. On the other hand, she says, the decision will likely be cited in the future because of what Mew didn’t allow. Whereas the court in Tsige, following an American ruling, recognized four privacy torts, Mew allowed only the first: intrusion upon seclusion. “You might have thought it would be a short distance, reading Jones [v.] Tsige, to bringing in the other torts, and I think this case will be cited for [Mew’s arguments that] it’s not a short distance.

“He’s given a bunch of reasons why he’s not prepared to do it. That, I think, will be interesting and potentially of broader interest. I think it will be of interest to other media outlets with respect to what he did and did not do with a breach of privacy claim as it applies to journalistic practices.”

Schabas says Mew’s ruling that the court could apparently consider claims against allegedly privacy-invading journalistic techniques alongside defamation claims goes against the how courts have traditionally handled defamation. It’s an issue, he adds, that a court of appeal will eventually have to deal with.

“And so here I think the judge, with respect, strained a bit to separate what he regarded as the possible invasion of privacy from defamation.

“An appellate court is going to have to consider whether the intrusion upon seclusion tort can have any application to the media when it overlaps with defamation. Allowing overlapping claims based on other torts, such as the new privacy tort, to go ahead, as Justice Mew did, undermines the protections the defamation law provides and raises constitutional concerns.”

“What’s important to highlight here is that privacy obligations for journalists might be a little bit different than for just other people, so there’s sort of different standards involved because of the freedom of the press issue,” he says.

Zvulony also welcomes the limits the ruling places on privacy. “It’s sort of refreshing to see this sort of limit on privacy because oftentimes in the press lately you’ll hear people are bending over backward to protect people’s privacy,” he says.