An upcoming decision by the Ontario Court of Appeal could greatly impact how the jury selection process takes place in the province, depending on its interpretation of eight-year-old amendments to the Criminal Code. 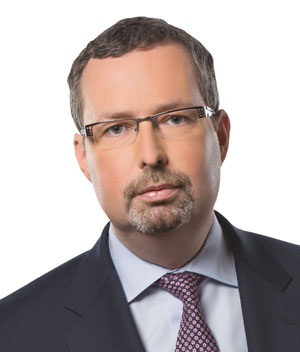 The ruling may also ultimately pave the way for new trials in two other cases that were presided over by Justice Eugene Ewaschuk, who retired last year after more than three decades on the Superior Court.

For the first time, the appeal court has been asked to interpret a section that relates to whether there can be “rotating” or “static” triers during jury selection if there is a challenge for cause question and the defence wants only prospective jurors excluded during the process.

The use of rotating triers during jury selection has been in the Criminal Code since 1892. The amendments, enacted in 2008, state that if the accused makes an application to exclude sworn and unsworn [prospective] jurors,  then static triers (the same two people) are used to decide each time if someone is acceptable after answering the challenge for cause question.

Victor Giourgas, a Toronto defence lawyer who has represented clients in numerous jury trials, says in his experience it is common for the Crown to consent to exclude prospective jurors and use rotating triers. “I think this makes it fair for the Crown and defence,” says Giourgas.

That view is echoed by Peter Zaduk, who says that in only one case of about a dozen jury trials he has handled since 2008 has a judge decided that static triers must be used if the jury pool is excluded from the courtroom.

Using rotating triers “reduces the risk of rogue triers who don’t understand their function,” says Zaduk, who has been counsel in more than 100 jury trials in his career.

The case before the Court of Appeal was argued on Feb. 8 and stems from the conviction of Anthony Grant and Devon Vivian, both found guilty of second-degree murder in a trial presided over by Ewaschuk.

The appellants argued in R v. Grant and R v. Vivian that Ewaschuk erred when he ruled that if the defence wanted members of the jury pool excluded from the courtroom then there was no choice but to have static triers.

“The trial judge’s error is fatal to the court’s jurisdiction and thus to the convictions,” stated Paul Alexander, appeal counsel for Grant, in written arguments filed with the court.

The defence made it clear to the judge that it wanted the traditional method of rotating triers for jury selection.

Ultimately, the lawyers at trial backed down and agreed to the exclusion of sworn and unsworn jurors and to static triers.

The appellants are arguing that there was no meaningful consent to what was ordered by Ewaschuk.

“When they finally acquiesced in using static triers, they did so only because they were stuck with the trial judge’s erroneous decision,” wrote Alexander.

In response, the Crown said there is no discretion under the Criminal Code unless the exclusion has to do with courtroom space or minimizing inconvenience for potential jurors.

“Where an application for exclusion is made out of concern for preserving jury impartiality, s. 640 (2.1) governs and no discretion exists,” said Leslie Paine, in the Crown’s written arguments in Grant and Vivian.

Last fall, the Court of Appeal quashed the murder convictions of two men in R v. Noureddine, another jury trial presided over by Ewaschuk, because he decided on his own to impose static triers, despite the opposition of the defence.

Whether a trial judge can exclude only prospective jurors during the challenge for cause questions and use rotating triers “was expressly not before the Court of Appeal” in Noureddine, says Michael Lacy, who acted for a co-accused in the case who was also granted a new trial.

Since the section came into force, there have been a number of conflicting Superior Court rulings in Ontario about its application.

One of the first rulings on the issue was by Justice Thomas Heeney during the Bandidos biker gang trial in London in 2009.

He found that a Superior Court judge still had jurisdiction to exclude unsworn jurors and use rotating triers.

Justice Michael Code, during the Via Rail terror trial, came to the opposite conclusion in a 2014 decision.

Code stated in R v. Jaser that the changes were “not a mere technical amendment” and they were aimed at preventing sworn jurors from being tainted by hearing the challenge for cause answers by prospective jurors.

Giourgas, who represented Noureddine in his appeal, says that “the Heeney path” has been the more common practice followed in jury trials in southern Ontario.

The Court of Appeal has previously recognized that judges have common law jurisdiction to decide whether to exclude prospective jurors, notes Lacy. “Grant and Vivian will decide if this jurisdiction has survived the 2008 amendments,” he says. While the Crown has a legitimate argument based on the legislative changes, Lacy says he believes that judges still have the authority to exclude only the jury pool and have rotating triers.

The decision in the Grant and Vivian appeal is on reserve.

There are at least two more cases expected to be before the Court of Appeal in the next 12 months where defendants were convicted of murder and Ewaschuk imposed fixed triers.