Court of Appeal decision has confirmed that a man who tripped over a parked motorcycle was involved in an accident under the Statutory Accident Benefits Schedule. 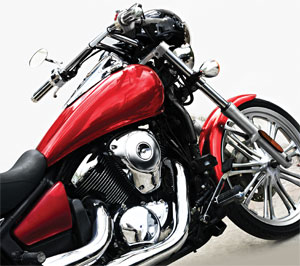 Patrick Caughy was left with serious spinal cord injuries after the 2012 fall, but he was denied benefits from his own insurer on the basis that his trip, which occurred late at night while intoxicated, did not meet the definition of an accident.

Last summer, a superior court judge declared the incident an accident, and on March 24, in Economical Mutual Insurance Company v. Caughy, the Court of Appeal for Ontario upheld that judgment, dismissing the insurer’s appeal.

“It’s important I think for people to understand that accident benefits don’t rely necessarily on the fact that the vehicle has to be in motion, or even that anyone is in the vehicle or in the process of starting or running it,” says Nigel Gilby, who acted for Caughy throughout.

Gilby, a partner in the London, Ont. office of Lerners LLP, says the result will be transformative in the life of his client.

“He’s gone almost four years since the accident with nothing, but now he will have available up to $2 million in medical and rehabilitation services, plus attendant care services. There is also an entitlement to $400 per week for income replacement, plus a housekeeping benefit,” Gilby says. “It’s a whole network of resources to assist him in trying to recover and accommodate the residual effects of his injury as best as is possible.”

Caughy’s accident happened on the August long weekend in 2012 at a country music festival he attended with his wife and two daughters in Bothwell, Ont. His camping trailer was parked alongside other vehicles in the shape of a horseshoe, with a walkway created between Caughy’s truck and another trailer.

Two motorcycles brought by other campers were parked inside the horseshoe shape, but they were later moved into the walkway. Around midnight, after drinking a considerable amount of alcohol, Caughy was playing tag with one of his daughters, when he tripped over one of the motorcycles and crashed into his truck, suffering serious spinal cord injuries.

When Caughy applied for accident beneifts two weeks later, they were denied by Economical, which decided they didn’t meet the definition under s. 3(1) of the SABS, which states that an accident is “an incident in which the use or operation of an automobile directly causes an impairment.”

In its appeal, Economical argued the lower court judge had erred in his application of the traditional two-part test for an accident, which includes a purpose test and a causation test. The insurer claimed the purpose element could not be met without an active use of the vehicle, but Ontario Appeal Court Justice William Hourigan disagreed.

“This argument is misconceived. There is no active use component in the purpose test. The sole question for determination under that test is whether the incident in issue resulted ‘from the ordinary and well-known activities to which automobiles are put,’” he wrote on behalf of a unanimous three-judge panel. That question, too, was answered in the affirmative by Hourigan:
“A vehicle is designed to be parked. Indeed, it is safe to say that most vehicles are parked most of the time. I would conclude, therefore, that parking a vehicle is an ordinary and well-known activity to which vehicles are put,” he wrote.

David Bertschi, an Ottawa lawyer who heads the Canadian Defence Lawyers, a group of counsel who act for insurers, says the case was a tough one, but he believes the decision is consistent with previous judgments of the appeal court.

“Some have tried to read in an active-use requirement, but it is clearly not the case. If the legislature had wanted that to be so, they would have put it in,” Bertschi says. “If the industry and legislators want in the future to make it that a vehicle has to be running in order for accident benefits to be available, then they can do so.”

Robert Deutschmann, a personal injury lawyer with Kitchener, Ont.-based firm Paquette Travers and Deutschmann, says it’s part of a plaintiff counsel’s job to try to “expand the opportunities for clients to get access to treatment” where the legislation offers limited guidance on definitions, such as the word “accident” in this case.

According to Gilby, the timing of the accident could have been worse for Caughy, since from June 1, the total combined attendant care and medical and rehabilitation services for catastrophically injured victims will be slashed to a new cap of $1 million from $2 million at present.

Injured parties have also lost their right to sue in court for accident benefits since April 1, with all SABS matters required to go to arbitration at the province’s Licence Appeal Tribunal.