The Ontario Superior Court recently awarded $24 million in combined damages, one of the largest assessments ever in a Canadian personal injury case, say counsel involved. 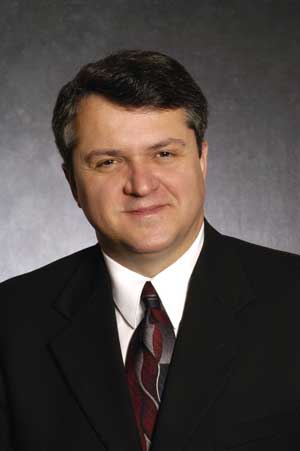 But last year’s cap on liability for leasing companies could mean that awards this large in similar cases become less common in the future.

The case, Gordon v. Greig, involved a single-car collision in 2003 in which the defendant, Cory Greig, was driving a car owned by a leasing company and both plaintiffs were passengers. Both plaintiffs, Derek Gordon and Ryan Morrison, sustained severe injuries in the accident.

In the judgment handed down Jan. 23, Justice Bruce Glass awarded Gordon and Morrison combined damages totaling more than $24 million for loss of past and future income, cost of attendant care and future care, housing costs, and general and special damages, minus a deduction of contributory negligence.

However, some personal injury lawyers say awards of this size against a leasing company may become less common, as last year the Ontario government passed an amendment to the Insurance Act that limits the liability for leasing and rental companies with respect to damages for bodily injury or death from the operation of a leased or rented vehicle. The legislation took effect March 1, 2006.

“The legislation intends to try to limit the exposure on the part of the leasing company in those instances to $1 million,” he says.

The new legislation also prescribes a priority order for insurance policies in damage awards, he says, so the first policy that comes into play is the lessee’s policy, followed by the driver’s motor vehicle liability policy, and then the leasing company’s policy, which comes into play when the limits under the first two are exhausted.
Myron Shulgan, of Miller Canfield Paddock and Stone, counsel for Ford Credit Canada Leasing Co., says in the future the lessor will not have this exposure to liability.

“They don’t exercise control, as an owner would, in a conventional sense, over the use to which the car is put. I think it’s legislation that was long overdue.”

Krkachovski says last year’s law change was significant for personal injury practitioners.
“As evidenced by [this] case in Barrie, leasing companies typically have significant levels of insurance available to them.

If you have a serious injury . . . then potentially the amount that the leasing company would be liable for could be an enormous sum of money and again, the intent of the legislation is to put a cap on that as opposed to leaving it only limited by the amount of the insurance coverage available.”

Roger Oatley, Gordon’s lawyer, says: “If these injuries were to happen today, seriously injured people like these two men would be pretty much out of luck.”

While Oatley says Gordon itself may not set a precedent, as the assessment of damages relates to the facts in each particular case, he adds, “If there’s anything that this case highlights, it’s the unfairness and the tragedy of the government, very quietly last fall, no doubt at the request of insurers, placing a cap on the liability of leasing companies and rental companies of $1 million.”

He says the cap may be unconstitutional and may not be effective, but it will be up to the courts to determine that. “It’s very, very rare that there’s enough money to pay damages of this size to anybody in Ontario, because insurance limits are usually inadequate.

“We don’t know of any combined assessment that comes close to this, because usually cases that are as large as this get settled because the limits are inadequate,” says Oatley.

“The assessments are enormous, and for personal injury lawyers, we all sort of take note of awards of this size because they are so unusual. But all of us are aware of this cap, which was passed without any consultation with the legal profession and any real notice to the public. Nobody knew about it,” he says.

Oatley says if the cap holds up, there will be other potentially high awards for a few years, but then they may disappear from the scene.

Shulgan says, however, that judgments of this size may not necessarily become more rare because the damages to which an injured party is entitled are based on the extent of the injuries they suffer,” he says.