As Legal Aid Ontario implements the last of a series of tariff hikes for certificate work, the next push from the private bar will be convincing LAO to invest more in certificates rather than expanding staff lawyer duties, says the Criminal Lawyers’ Association. 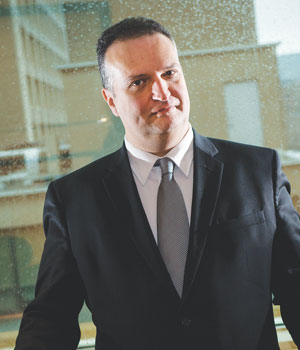 Following a 2010 memorandum of understanding signed by LAO, the CLA, and the Ministry of the Attorney General, legal aid has been incrementally raising the tariff paid to private counsel. LAO implemented the last of those increases on April 1.

While the tariff increase over the years has increased the viability of doing legal aid work to some extent, CLA president Anthony Moustacalis says LAO has moved work away from the private bar over the last few years.
“Our concern remains that legal aid has historically, over the course of the [memorandum of understanding], tilted the balance in favour of staff lawyers and expansion of duty counsel and other services over the private bar,” says Moustacalis.

“For example, they recently announced the hiring of additional lawyer positions and supervisors and [the new employees] are expected to do trials,” he adds. “Historically, trials were not part of legal aid staff lawyers’ mandates. They’re also doing more serious guilty pleas than they’ve done in the past.”

The CLA is in continuous discussions with Attorney General Madeleine Meilleur and LAO about these issues, according to Moustacalis, who notes the Legal Aid Services Act says the focus of legal aid should be on “a vibrant and independent defence bar.”

For its part, LAO says it must use its resources in a way that most benefits low-income people. LAO spokeswoman Genevieve Oger says that between April 1, 2013, and March 31, 2014, the last fiscal year for which numbers are available, the organization issued more than 83,600 certificates.

“But of course, in the future, probably more certificates are going to be issued and that’s because of the increase in financial eligibility that was announced Oct. 30 and again on April 1, which means 250,000 more Ontarians have become eligible in that period and still more will be financially eligible in 2016,” says Oger.

“In keeping with the commitment that legal aid has with clients, legal aid is going to continue complementing what the private bar is doing by arranging other types of services, and these can include student legal clinics, summary legal advice, and also duty counsel,” she adds.

Asked about the Legal Aid Services Act’s mandate to focus on the private bar, Oger says: “Certificates are, if you look at the numbers, still most of what legal aid does.”

Oakville, Ont., criminal lawyer Brendan Neil says the tariff increases over the last few years have “definitely been a help” but he suggests they’re nowhere near what lawyers need.

“A lot of lawyers don’t take legal aid work specifically because, in a way, it’s a loss leader for us,” he says. “I do a fair amount of legal aid work, but that’s because I have a philosophical commitment to it. Business wise, I could be doing much better if I didn’t.”

As Neil points out, the issue goes beyond the tariff’s hourly rates.

“I have yet to see a bail hearing that only involves two hours of work and yet that’s what the tariff grants,” he says. “It does scare away people from particularly criminal work and I know family law work as well.”

With the latest tariff increase, the hourly rate for Tier 1 lawyers will be $109 while Tier 2 lawyers will earn $123 and those at the third tier will get $136. Lawyers who take on complex criminal cases will get $161 an hour.

The tariff structure for northern Ontario is slightly better with an hourly rate that rises to $150 for Tier 3 lawyers.
Counsel working on complex criminal cases in the north will get $177 per hour.

For Moustacalis, part of the concern is how LAO makes decisions and the importance of making them public. As an example of one of the concerns, he notes LAO recently created an alternative payment scheme for lawyers that provides monthly advances.

So a lawyer who normally bills $120,000 a year, for example, would receive $10,000 on a monthly basis. If the lawyer has earned more than that amount at the end of the year, LAO would pay the remainder. If the lawyer hasn’t earned the total amount paid, LAO would adjust it against future earnings.

The scheme was an effort to solve the chronic problem of slow payments at LAO, says Moustacalis, who suggests it’s akin to “putting people on salary.” But he believes the arrangement may be against Law Society of Upper Canada rules as LAO isn’t paying the money to lawyers in trust to bill against but as a general retainer. The rules don’t allow for payments to lawyers in advance of doing work unless they put it in trust, says Moustacalis.