Children’s role in negligence at heart of case

The Court of Appeal has ruled that a Hamilton boy was not contributorily negligent for failing to look both ways before crossing the street. 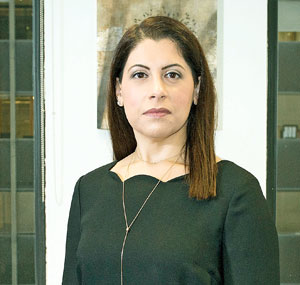 The court recently upheld an Ontario Superior Court of Justice decision that found the City of Hamilton liable for an accident in which nine-year-old Dean Saumur was struck by a car.

The trial judge, Ontario Superior Court Justice Paul Perell, ordered the city to pay Dean’s family almost $8 million in damages as it failed to have a crossing guard at the intersection at a time it was meant to.

Lawyers say the Court of Appeal decision, Saumur v. Antoniak, highlights the discretion judges have when making findings on the standard for children’s negligence.

“Another judge might have come to a different conclusion, but the question is whether the conclusion that was reached by this judge was supported by the facts and whether there was a palpable error,” says Rose Leto, of Neinstein Personal Injury Lawyers LLP, who was not involved in the case.

Perell found the city liable as there was supposed to be a crossing guard at the location between 8:20 a.m. and 8:40 a.m., and that the boy was not contributorily negligent.

The Court of Appeal endorsement, issued by Justices Robert Blair, Norman Epstein and Grant Huscroft, upheld Perell’s decision as it found he had not made any errors of fact or of law.

“While another finding may have been available on the evidence, the trial judge made no reversible error of face or mixed fact and law in arriving at his findings and the conclusions he did on the contributory negligence issue,” the endorsement said.

One of the lawyers representing the City of Hamilton on the appeal, Kirk Boggs, says his client is seriously considering applying for leave to appeal the decision to the Supreme Court of Canada.

“. . . [T]he decision raises serious issues regarding how judges are supposed to evaluate issues involving contributory negligence in children and the impact of prior similar cases in assessing that negligence,” says Boggs, a partner with Lerners LLP.

He noted that other cases with “virtually the same facts” have found children of similar age 75 per cent at fault for neglecting to look both ways before stepping into traffic.

“The two cannot be reconciled and we do not believe the Court of Appeal properly dealt with this inconsistency in its reasons,” he says. “It is not sufficient to say that while another judge may have reached a different conclusion the decision reached was open to the trial judge.”

Robert Hooper, the lawyer representing the plaintiffs, says he does not think the defendants will be granted leave, as the law in this area is clear and the case was fact specific.

“The law on contributory negligence of children has been pretty clear in this country for years. The judge applied it to these facts,” Hooper says.

Leto says the decision shows that determining contributory negligence on the part of a child is a very fact-based assessment.

“When you see an assessment of contributory negligence, you have to take a look at did they run? Were they at a crosswalk? What was their conduct before they walked out into that road? And also age is a factor,” she says.

In order to determine whether Dean Saumur was contributorily negligent, the court used a test of whether the child “exercised the care expected from children of like age, intelligence and experience.”

In the appeal, Boggs noted the boy was of average intelligence and had been taught to look both ways when crossing the road on a walk he had done for months. He argued that the boy did not remember to look left before he crossed and that he “knew better.” The Court of Appeal, however, upheld Perell’s finding that there was not enough evidence to show the boy was experienced at crossing busy streets.
Perell had found that Saumur was not equipped to judge distance and speed at his age and that he may not have seen the oncoming car as he forgot to look left before crossing.

Perell concluded that Saumur did not act below the standard of a reasonably prudent child his age of similar intelligence.

The City of Hamilton argued in its appeal that being forgetful, distracted or confused is not an excuse for negligence. The Court of Appeal, however, determined that Perell was entitled to draw the inferences he did in order to come to his conclusions.