Appeal in Teva cheque fraud case to be heard this week

A major pharmaceutical company is arguing that the Ontario Court of Appeal has “altered the law” and improperly introduced a new defence for banks when determining liability in fraudulent cheque schemes. 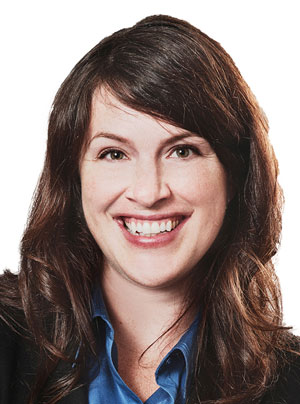 “Without the involvement of Parliament or this court, the court below has profoundly shifted the assignment of risk in the Canadian Bills of Exchange system,” write lawyers for Teva Canada Ltd. in arguments filed with the Supreme Court of Canada.

An appeal of the decision by the Court of Appeal that Teva was liable for a $5.5-million cheque fraud by one of its former employees and not the banks is scheduled to be heard Feb. 24.

The hearing may also result in the court refining its position in this area of the law, says Duncan Boswell, a partner at Gowling WLG (Canada) LLP in Toronto, who specializes in commercial litigation. “It is an opportunity for the Supreme Court to weigh in and rethink where it should go,” says Boswell, who is not involved in the case.

The legal dispute before the Supreme Court stems from a fraudulent cheque scheme concocted by a then-Teva employee between 2003 and 2006. More than 60 cheques were requisitioned as part of a rebate program administered by Teva and sent to six entities. Two of them were fictional. The other four were existing or past customers of Teva, but they were not owed any of the money in the cheques.

An Ontario Superior Court judge ruled in favour of Teva. That decision was reversed, however, by the Court of Appeal in a ruling issued in February 2016. “Though the tort of conversion is a strict liability tort, it is not an absolute liability tort,” noted Justice John Laskin, who wrote the decision for the unanimous three-judge panel. Section 20(5) of the Bills of Exchange Act, which refers to a “fictitious payee,” provides a defence to the banks, he noted.

The Court of Appeal concluded that all of the payees, even if they were “real” (the entities that were real customers but not owed any money) qualified as “fictitious” under the statute and, as a result, the banks had a valid defence.

“My conclusion does not depend on an allocation of fault. It is not Teva’s negligence for which it is being found liable, but rather its lack of corporate knowledge and therefore the absence of any evidence from which one could reasonably infer it intended to pay real creditors of its business for legitimate debts,” wrote Laskin.

The Court of Appeal decision was a practical one, suggests Boswell. “Who was in the best position (to prevent the fraud). Who should be responsible,” he says. While the decision has likely expanded defences for banks “a little bit,” Boswell says he does not agree with Teva’s argument that the assignment of risk has been shifted. “The Court of Appeal approached it from a holistic view,” he says.

In its written submissions, though, lawyers for the pharmaceutical company argue that the section 20(5) defence has been greatly expanded by the Court of Appeal and will introduce “pervasive uncertainty” into the system.

“The decision below imposes cheque verification duties upon the drawer which have no source in legislation or the precedents of this court,” write Colby Linthwaite and Fred Tayar, of Fred Tayar & Associates PC, two of the lawyers acting for Teva.

If the view of Teva is correct, then any fraudulent cheque scheme “will almost always fall on the banks,” says Erin Farrell, an associate at Gowling, who co-authored a commentary with Boswell about these issues, after the Court of Appeal decision. “This would not encourage the development of practices to prevent employee fraud,” adds Farrell.

The Canadian Generic Pharmaceutical Association was granted intervener status for the Supreme Court hearing. It is arguing that the Court of Appeal decision, if upheld, will trigger complex litigation and between businesses and banks every time there is a major cheque fraud.

“It will likely result in evidence being adduced from all parties as regards to the internal management and control mechanisms of the defrauded company. In essence, courts will be called upon to appraise such internal policies and their effectiveness,” write Irwin Liebman and Moe Liebman, of Liebman Légal Inc. in Montreal, on behalf of the intervener.

The banks have filed a joint factum with the Supreme Court. In response to the submissions of Teva and the intervener, they argue that the defence in s. 20(5) is to protect banks in “appropriate circumstances” from certain types of cheque frauds by employees. The loss should be with the party that is in the best position to prevent or minimize the fraud.

“It is thus consistent with the sound policy objectives of deterrence of future harm and risk minimization,” they write.