A recent Appeal Court of Ontario decision is important for vulnerable workers in non-standard employment relationships, says a lawyer involved in the case. 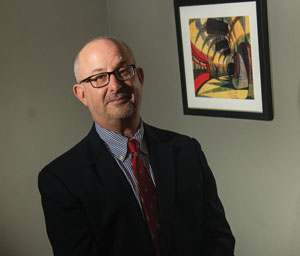 It is the largest such award in Ontario for dismissal without notice, according to the plaintiffs’ counsel Bram Lecker, of Lecker and Associates. Lecker says the ruling is a vital one for a large and fragile portion of the working population.

“They [the Ontario Court of Appeal] reasserted the fact dependant contractors are alive and well in Ontario,” Lecker says. “These are vulnerable workers; these are hybrid, in-between positions, and there wasn’t a good decision for 20 to 30 years that looked exclusively at the dependant contractor determination.”

In Keenan v. Canac Kitchens, 2015, the Superior Court of Justice had ruled the married duo of Marilyn and Lawrence Keenan were dependant contractors of Canac Kitchens.

Canac asserted the Keenans were independent contractors because they were paid by invoice rather than salary and had subcontractors reporting to them.

The Keenans, through Lecker, successfully argued to the Superior Court they were wrongfully dismissed by Canac.

They were awarded the highest-ever dismissal-without-severance settlement for contractors in Ontario of approximately $125,000, in lieu of 26 months notice.

In its decision, the appeal court stood by the Superior Court of Justice award and found it should not be reduced because of dependant contractor status.

Labour and employment lawyer George Vassos, a partner with Littler Mendelson PC in Toronto, says the upholding of the 26 months award was a somewhat surprising decision in light of recent rulings from other provinces that reduced awards based on the dependant contractor status. Vassos, commenting on the case for Law Times, says it will likely lead to increased litigation in this area of law.

“There was no finding that the dependant contractor status automatically leads to a lesser notice entitlement,” Vassos says. “What we end up with is a decision where the court technically said they were dependant contractors but gave them a top-of-the-line notice requirement, without exceptional circumstances.

“The 26-month number is a big number, it’s a very noticeable number, so, in the face of that, what companies should be doing with their counsel is thinking about how to mitigate the risk of these types of relationships leading to these types of notice awards,” Vassos adds. “The whole notion of traditional work relationships is evolving and changing over time; I think given the changes in the workforce and the changes in work relationships, we’re likely to see more of these cases coming forward.”

The Keenans began working with Canac — a manufacturer, distributor, and retailer of kitchen cabinets and accessories — in the mid-1970s as installers and foremen.

In 1987, their working relationship changed after they were notified they would be contractors for Canac as delivery and installation leaders.

According to that agreement, the Keenans were to provide their own trucks and deliver the kitchen products from Canac to the customers.

Canac set rates to be paid to the installers and the Keenans paid the installers with funds provided from Canac. The Keenans would continue to be paid as before on a piece-work basis for units installed, but the amounts were increased to reflect the fact they were paid in gross, without deduction for income taxes, employment insurance, and the Canada Pension Plan.

The agreement also required the Keenans, as Canac subcontractors, to devote “full time and attention” to their Canac duties. When work with Canac slowed down in 2007, the Keenans began working for a competitor, Cartier Kitchens, still devoting approximately three-quarters of their work hours to Canac.

In March 2009, the pair was told without notice nor pay in lieu of notice that Canac was closing its doors and its services would no longer be required. The Keenans subsequently brought the wrongful dismissal action, arguing they were dependant contractors and were due severance and notice.

“The trial judge observed that, in the jurisprudence leading to a recognition of the intermediate category of dependent contractors, a finding that the worker was economically dependent on the company due to complete exclusivity or a high level of exclusivity weighed heavily in favour of the conclusion that the worker was a dependent contractor,” Justice Eileen Gillese wrote in the appeal court decision, with justices Jean MacFarland and Katherine van Rensburg agreeing.

“In my view, this observation is not only correct, it is vital to understanding how the question of exclusivity is to be approached.

Exclusivity cannot be determined on a ‘snapshot’ approach because it is integrally tied to the question of economic dependency. Therefore, a determination of exclusivity must involve, as was done in the present case, a consideration of the full history of the relationship. It is for the trial judge to determine whether, after examining that history, the worker was economically dependent on the company, due to exclusivity or a high level of exclusivity.”

Canac appealed the Superior Court’s finding of exclusivity, contending that around the time of the termination, the Keenans were working for a competitor and, as such, were not dependant contractors.

They also appealed through their counsel Paul Boshyk, who declined to comment, that the trial judge erred in setting an award greater than 24 months without detailing a finding of exceptional circumstances, requesting a pay in lieu of notice be set between 16 and 18 months instead.

Justice Gillese denied that portion of the appeal in light of the plaintiffs’ ages and lengths of service to the company as well as the character of the leadership positions they held with the company.

“For over a generation, they were Canac’s public face to the outside world,” Gillese wrote.

“Over a period of approximately 30 years — the entirety of their working lives — the Keenans’ income had come from Canac and they relied on that income to support themselves and their family. Even during the approximately two years that they provided some services to Cartier, a ‘substantial majority’ of the Keenans’ work continued to be done for Canac.

“These circumstances justify an award in excess of 24 months and I see nothing wrong in the trial judge’s finding that 26 months notice was reasonable,” Gillese wrote.