In a decision some lawyers say could create a chilling effect for victims of sexual abuse, an Ontario man has successfully sued his nieces for defamation after they sent out e-mails to family members accusing him of sexually abusing them when they were young girls. 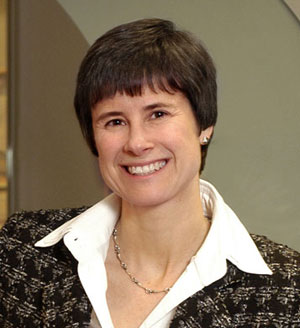 On Aug. 15, Superior Court Justice Andrew Goodman awarded the uncle $125,000 in damages after finding the nieces’ accounts of abuse were “vague” and “embellished” and that they made the accusations because they “don’t like their Uncle Jack.”

The women made counterclaims of sexual abuse dating back to their childhood. Had the counterclaims been successful, Goodman said he would have awarded each sister $35,000 in damages. While the names of the parties and the case are publicly available, Law Times isn’t identifying them due to the nature of the matter.

In 2006, the nieces accused their uncle of sexually abusing them in a dramatic confrontation that followed a discussion between the sisters about their pasts. The confrontation led to the implosion of what’s described as a large, tight-knit family.

At the time, they also sent out an e-mail to extended family members accusing their uncle of abuse and suggesting they didn’t want “anyone else to be sexually abused.” But after talks with their parents and an emotionally charged denial from their uncle, the sisters retracted their accusations and apologized.
They had suffered sexual abuse, they told the family in another e-mail, but they were now sure the perpetrator wasn’t their uncle Jack.

But the allegations resurfaced again in another chain of e-mails after the women said they had a lingering feeling that the uncle was responsible.

The alleged incidents happened when the sisters were four and six, according to the decision. Neither of them could provide reliable and credible evidence to support their claims, the judge found.

“While I cannot say for certain the impetus for their motivation, on the evidence, I find that they were both strongly inspired to embellish their allegations even against a close relative,” wrote Goodman.

The sisters “admitted that they did not like their Uncle Jack. They were also seeking answers to questions that gave rise to their various psychological and socialization issues.”

Despite testimony from a psychologist, Jessie Cooper, that openly discussing abuse is the start of a healing process, the sisters’ e-mail statements about their uncle aren’t subject to qualified privilege in the defamation action, Goodman found.

“While Jessie Cooper’s position about abuse being brought out into the open may indeed bode well for her clients and her therapeutic practice, as a matter of legal principle to suggest that this give rise to some wholesale substantiation for protection from liability under the qualified privilege umbrella is not sustainable,” he wrote.

Decisions like this one must strike a tough balance between encouraging victims of abuse to speak out and protecting the reputations of people wrongfully accused of a terrible crime, says lawyer Elizabeth Grace, who says the ruling in this case left a bad taste in her mouth.

Grace, who represents victims of sexual abuse in personal injury matters at Lerners LLP, says the decision is concerning.

“To date, courts have been fairly understanding of plaintiffs struggling with these issues and talking to others and reaching out,” she says.

And in this case, “we’re not talking about someone putting out an ad in the newspaper or standing on the side of the road,” she adds.

Grace says a lack of support and self-doubt already silence victims of sexual abuse. “A case like this is potentially going to discourage people from coming forward and certainly will give defence counsel reason to start counterclaims for defamation,” she adds.

Susan Vella of Rochon Genova LLP says the decision may have “unintentionally perpetuated a conspiracy of silence.”

“It may discourage victims of abuse from reaching out for support,” says Vella, who adds the court is also sending a problematic message by awarding a much higher award for defamation in this context than it would have granted for damages for sexual abuse.

Loretta Merritt, who deals with civil sexual assault cases at Torkin Manes LLP, says decisions like this one could encourage defendants of sexual assault allegations to make a defamation counterclaim. But she notes the issue will only be a concern when it comes to statements made about the accused outside of litigation.

In the case at hand, the qualified privilege protection likely didn’t succeed because there wasn’t an immediate legal or moral obligation for the sisters to make the statements, says Merritt.

“If there’s no legitimate reason to [make the statement], I think it’s going to be tough to rely on that defence,” she says.

“Had they seen some conduct that caused them to honestly believe” their uncle was a danger to other children, the judge’s analysis may have been different, she adds.

Philip Tunley, counsel for the two sisters, says he’s discussing the possibility of an appeal with his clients. An appeal would likely focus on the scope of qualified privilege and the meaning the judge ascribed to one statement in the sisters’ e-mail that read: “We don’t want anyone else to be sexually abused.”

“It doesn’t expressly refer to Jack,” says Tunley, who adds Goodman himself has said intention is irrelevant and what matters is whether “a reasonable person apprised of all the facts would take the view that this was accusing Jack personally.”

Tunley adds: “The appeal in this case has to focus on broader implications for the future.”