Legislation aimed at reducing trade unions’ bargaining power is a threat to the dispute resolution system, lawyers are warning. 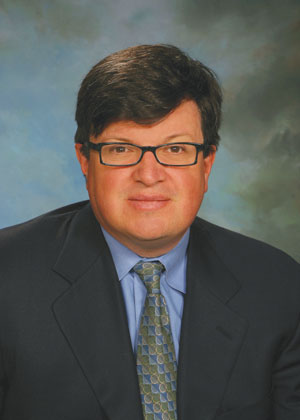 The proposed amendments to the Public Service Labour Relations Act, contained in bill C-4, could also lead to strikes and court challenges, critics are suggesting.

Under the amendments, federal workers could only enter arbitration if the government agreed that was the best way forward. Currently, either party can press for arbitration.

The government would also have the exclusive right to decide which union members are essential in the event of a strike. Under the present law, the parties negotiate such matters and sometimes refer them to an independent body to decide.

One of the most controversial proposals is the new criteria for arbitrators in considering pay levels and other terms and conditions.

The bill says the arbitration board is “to be guided by and to give preponderance to” the following factors: the necessity of attracting competent people to, and retaining them in, the public service in order to meet the needs of Canadians and Canada’s fiscal circumstances relative to its stated budgetary policies.

Paul Cavalluzzo, senior partner at Cavalluzzo Shilton McIntyre Cornish LLP, says the legislation hands the minister of finance the right to “dictate” salary increases.
“They have effectively neutered the arbitration system,” he says.

Although the legislation applies only to federal workers, it could set the tone for changes in other jurisdictions.

“I’m sure that the provincial government will be looking at this legislation and making policy decisions based on it,” he says.

“Our arbitral criteria is a very contentious issue, particularly in Ontario.”

However, George King, an arbitration lawyer at McTague Law Firm LLP, argues the wording of the bill leaves enough leeway for arbitrators to interpret the criteria flexibly.

For example, unions could highlight factors in the local, regional or provincial economy, he says.

The amendments would also change the rules so that bargaining units in which 80 per cent or more of members were essential would be able to seek arbitration.

The figure is “arbitrary,” according to King.

King sees the changes partly as an attempt to push through public sector reforms. “I think the underlying approach is to go through redundancies and downsizing,” he says.

King, who acts for employers, also argues that by restricting access to arbitration, the changes could help keep union pay demands in check.

“Fire and police have been getting much better wage increases because of the arbitration process,” he says.

“They were getting two- to three-per-cent increases during the downturn,” he adds.

But lawyers have strongly criticized the government’s approach.

Bill C-4 brings together many different legislative amendments onto one 322-page document instead of introducing them as separate laws.

It’s wise and customary to consult labour and management groups over “significant” changes, it suggests.

It adds: “Advance consultation on proposed changes to labour legislation and tribunals also minimizes the vulnerability of changes to challenge under sections 2(b) and (d) of the Canadian Charter of Rights and Freedoms.

“Charter challenges are increasingly commonplace in the labour context.”

Cavalluzzo agrees with the CBA and complains the government is introducing the amendments without having them “properly debated in Parliament.”

“If you take away the right to strike, you have to allow for effective arbitration,” he suggests, calling the changes unconstitutional.

Many public sector unions are likely to challenge the legislation in court, he believes.

Plans to scrap the pay and research arm of the Public Service Labour Relations Board would increase the risk of strikes and leave pay decisions even more vulnerable to challenges, he says.

That’s because, without solid industry information to point to, the government would face greater difficulties in justifying pay awards.

The government, however, is defending the changes. “The proposed amendments to the Public Service Labour Relations Act will help to ensure that the public service remains affordable, modern, and high-performing,” said Kelly James of the Treasury Board of Canada Secretariat.

“These amendments have been put forward with the intent to streamline the collective bargaining process to ensure that negotiations are fair and reasonable to both employees and taxpayers.”