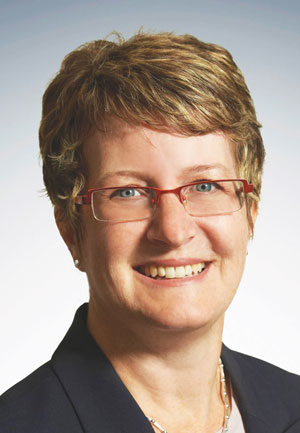 But some warn it could also encourage the federal government to slash funding for infrastructure and social services in those communities.

The plans would cover payments of more than $100,000 made by oil, gas, and mining companies to all levels of government, including aboriginal communities. This would affect payments made by resource companies via legally binding impact benefit agreements. The agreements set out how a community will benefit from land used in operations such as mines.

Julie Abouchar, a partner at Toronto law firm Willms & Shier Environmental Lawyers LLP, says the proposals could benefit negotiations on impact benefit agreements. “A good process involves regular reporting to communities about the progress of negotiation and that the agreement be made available to community members to read before any agreement is ratified,” she says. “This approach is possible and appropriate under current confidentiality rules but may be followed more consistently if the transparency rules were to change.”

Other commentators have argued opening up the talks would help aboriginal organizations where more than one community is participating in negotiations with resource firms by allowing them to work together more effectively.

However, there are also concerns that governments will use the information to cut back on infrastructure spending planned for those areas.

“If transparency results in a net reduction of the basic federal funding for infrastructure and social services, this would be a disincentive for First Nations to invest the time and resources to negotiate benefits and economic development opportunities,” says Abouchar.

Fasken Martineau DuMoulin LLP partner Kevin O’Callaghan says such fears reflect a “serious and real mistrust that the aboriginal community has of the federal and provincial governments” and could well make aboriginal groups “hesitate” to embrace the change.

Applying the transparency rules to aboriginal communities could also increase the complexity of the consultations and thus delay the overall implementation, he adds.

But in a Canadian context, it would be legally troublesome to exclude aboriginal communities from a regime that encompasses governments operating at a subnational level, he notes.

In an article on McCarthy Tétrault LLP’s web site, lawyers Sam Adkins and Stephanie Axmann note another potential disadvantage as the rules could lead to the “financial component of these deals becoming the focal point of negotiations.” Instead of creating certainty and transparency between businesses and aboriginal groups, they argue, “such partial reporting could in fact have the opposite effect.”

Addressing the Prospectors and Developers Association of Canada’s convention in Toronto on March 3, Oliver said the federal government’s preference was to work with the provinces and territories to implement mandatory reporting standards for the extractive sector through securities regulators.

But if the provinces fail to take action, the federal government will enact legislation by April 1, 2015, that would make disclosure mandatory.

The standards would apply to both medium and large public and private companies in the mining and oil and gas industries operating in Canada that fall under two of three categories: their assets exceed $20 million, their net turnover is more than $40 million, and they have more than 250 employees.

Companies wouldn’t have to report “social payments” such as those for community centres and schools, the paper says.

The document builds on recommendations for the mining sector published by the resource revenue transparency working group in January.

The group highlighted the fact that nearly 60 per cent of the world’s mining companies are listed on Canadian stock exchanges.

In recent years, the Toronto Stock Exchange alone has handled more than 75 per cent of global public mine financings, according to the working group paper.

O’Callaghan agrees on the potential for a Canadian rule change to have a significant global impact. “If the majority of mining companies around the world will be subject to this regime, any arguments about competitive disadvantage would fall away,” he says.

The standards are partly an effort to align Canada with the European Union’s transparency directive and the U.S. Dodd-Frank Wall Street Reform and Consumer Protection Act.

But says Abouchar: “The rules in the U.S. were not clear about whether payment to aboriginal governments would be caught.”

And last July, the U.S. District Court for the District of Columbia struck down a rule requiring the extraction sector to publicly disclose payments made to foreign governments. It’s likely the U.S. government will introduce new rules allowing confidentiality under the Dodd-Frank Act, says Abouchar. “So the current proposal in Canada goes beyond the present U.S. rules,” she notes.

The McCarthys’ lawyers agree that covering payments to aboriginal communities represents a “significant departure” from the U.S. and European standards and say that, as a result, the “government risks losing the support of the extractive industry.”

The U.S. government has suffered some “trips” in trying to impose greater transparency, says O’Collaghan. However, he’s “confident” it’s heading in the same direction as Canada and Europe.

As for the rules themselves, the plans would require reporting the following types of payments:

Taxes levied on the income, production or profits of companies, excluding consumption taxes.

Fees, including licence, rental, and entry fees, as well as other considerations for licences and concessions.

Bonuses such as signature, discovery, and production bonuses.

Dividends paid in lieu of production entitlements or royalties.

Natural Resources Canada’s proposals would require disclosure of payments to:

Aboriginal organizations or groups with law-making power and governance mechanisms related to the extractive sector.

Provincially or federally incorporated aboriginal organizations that undertake activities in the extractive sector on behalf of their beneficiaries.

Aboriginal organizations or groups empowered to negotiate legally binding agreements on behalf of their members.