A typical crime-fighting kit doesn’t usually include mathematical laws. But a nearly 75-year-old mathematical law has found a new life as a forensic tool for uncovering fraud and other financial misdeeds. 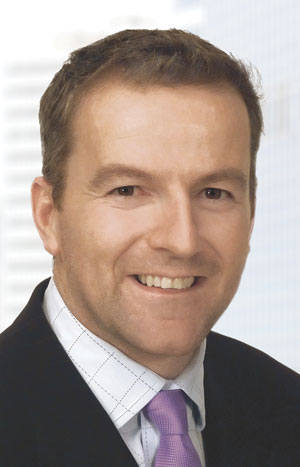 Frank Benford, a research physicist at General Electric in the 1930s, discovered Benford’s law quite accidentally.

In the course of his day-to-day work, Benford often had to refer to a book filled with logarithmic tables. One day, he noticed something peculiar was going on with his logbook. The pages at the front of the book were more rumpled and worn than those at the back.

Benford realized he was looking up the logs of numbers with low first digits more often than those with high first digits. That’s when he had a startling insight: There are more numbers in this world that begin with one, two or three than with seven, eight or nine.

In 1938, Benford released a paper on the law of anomalous numbers. In it, he looked at 20 lists of numbers containing a total of 20,229 records and found that approximately 60 per cent of them start with one, two or three and less than five per cent start with nine.

“The perception is that we always think that numbers are random,” says David Stewart, national leader of Deloitte LLP’s analytic and forensic technology practice.

“And he challenged that perception, saying no, there is actually a pattern and not a complete randomness to numbers.”

But for 50 years, Benford’s law was a curiosity limited to mathematicians.

“Basically when he wrote his paper, he just told people that this is what the world is like. He didn’t see any use for it,” says Mark Nigrini, a professor of accounting at West Virginia University and co-author of Benford’s Law: Applications for Forensic Accounting, Auditing, and Fraud Detection.

“He just thought it was an interesting fact and he loved this fact.”

It wasn’t until 1992 that the possible uses of Benford’s law became evident. That was when Nigrini wrote his doctoral dissertation on Benford’s law.

“I suggested that the Internal Revenue Service could use Benford’s law to help them detect income tax evasion,” he says.

The idea was fairly simple. If large data sets, such as income tax returns, tend to obey Benford’s law, then an agency like the IRS could examine a large number of returns to look for any anomalies. Those anomalies could become targets for audits.

Since 1992, interest in Benford’s law as a forensic tool has exploded.

“In 1992, I would ask people if they’ve heard of Benford’s law and outside of 50 people, of which five were Frank Benford’s grandchildren, nobody had heard of it.”

Today, researchers, government agencies, auditors, and forensic accountants use Benford’s law to look for all sorts of financial irregularities.

“Banks could use it to look for abnormal patterns in deposits,” says Nigrini.

“And abnormal patterns in deposits might signal something as clandestine and dark as money laundering.
Companies could use Benford’s law to look at their own data to look for signs of manipulation by their very own employees.”

Most often, external auditors use it to look at data for irregularities that may indicate fraud. It’s part of two software packages commonly used by auditors, IDEA and ACL, as well as Oracle.

Echoing Nigrini’s original dissertation, the Canada Revenue Agency uses Benford’s law. “The CRA uses Benford’s law in certain circumstances as one of the many tools to help combat possible non-compliance,” said Philippe Brideau, spokesman for the CRA, in a statement.

“Benford’s law is a useful tool for initial risk assessment; however, it is never used in reassessments or in support of reassessments, which are done based on facts and tax laws.”

When Stewart first heard about Benford’s law 15 years ago, he was suspicious.

“If somebody said to you today, ‘Take that algorithm and it will tell you if there’s fraud,’ most people would be skeptical,” says Stewart.

So he decided to conduct an experiment.

“I ran it against an accounts payable fraud that I knew we had a confession on,” says Stewart. Benford’s law was able to pinpoint the areas Stewart already knew were problematic.

Since then, Benford’s law has come up frequently in his work. Stewart describes a case involving a person suspected of writing bad cheques from a bank account and then writing more of them from other accounts to cover up the first withdrawal.

Stewart examined all of the deposits and disbursements and found they didn’t conform to Benford’s law and there was no rational business reason for them not to.

“Because the individual knew that cheques over $20,000 would get much more scrutiny and a hold by the institution, they basically cut cheques predominately with a 19, 18, 17, 16 series.”

While it wasn’t outright proof of wrongdoing, it indicated to Stewart that there was something suspicious going on.

“Analytics is only a tool that needs to be cross-referenced with a bunch of other things to determine whether, on the body of evidence, there’s a problem or there’s not a problem.”

Many sets of numbers don’t naturally conform to Benford’s law. For instance, those who look at the payroll data for most companies would find it doesn’t work because most employees doing the same job tend to earn about the same amount.

Similarly, a look at all of the cellphone bills of Canadians wouldn’t follow Benford’s law because plans have preset rates everyone pays.

An examiner needs a wide range in a data sample for Benford’s law to be relevant. And even then, Benford’s law doesn’t prove any sort of fraud took place. Instead, it just points to an irregularity. It’s up to investigators to figure out whether there was a sound business reason for that irregularity or if it points to something nefarious.

According to Stewart, who has often testified in legal proceedings, Benford’s law isn’t likely to actually come up in a courtroom.

“The algorithm itself is not so brilliant that if you run it and you get a result, you can run all the way and get a conviction.”

Instead, Stewart says Benford’s law can help narrow the sample of transactions to look at. After that, a gumshoe investigation by, for example, talking to an accounts payable clerk, getting physical copies of cheques, and obtaining witness statements, is necessary.

Nigrini says many people who hear about Benford’s law worry that if fraudsters learn about it, they may be able to design their schemes to avoid detection. But he doesn’t worry about that.

“These fraudsters aren’t the brightest lamps on the block,” he says.

“The schemes are rudimentary and in general they are abusing a position of trust.”

But even with clever fraudsters, it’s almost impossible for them to circumvent Benford’s law because they have to know what the rest of the data looks like and then make their fraudulent numbers conform to it.

“Say you’re sitting on tax return day trying to figure out a number or numbers that’ll fit Benford’s law. You really can’t do it because you don’t know what the rest of Canada has been doing,” says Nigrini.

According to Stewart, fraudsters are especially prone to detection by Benford’s law because their instinct is to maximize the scheme. And the larger the numbers they use, the more likely they are to raise a red flag under Benford’s law.

Stewart thinks lawyers and other professionals who work on cases involving financial misappropriation should be aware of Benford’s law, know how it works, and ask auditors and forensic accountants if they’ve applied it in the cases they work on.

And Stewart says that with the explosion of data available to investigators, people can expect more mathematical blasts from the past to shake up the fraud world.

“These laws and algorithms, which often have been developed decades ago in the early ‘30s, are now being assessed to see if they can solve real business issues of today,” he says.

And what would Benford himself think about how people are using his mathematical law today?