Over the past few years, Airbnb has exploded as a web site that connects people with spare rooms to travellers looking for short-term rentals. 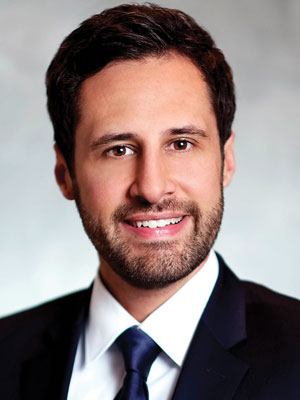 But as the service becomes more popular, it has been engendering a backlash from the hospitality industry, governments, landlords, and condominium corporations around the world.

New York state recently compelled the company to turn over customer records and found that 75 per cent of the bookings in New York City broke the law.

San Francisco, where the company has its headquarters, only approved regulations that would make the service legal in the city in October.

Tourisme Québec has cracked down on short-term rentals for the past year or so after complaints from the hospitality industry.

The situation in Ontario is murkier. Unlike Quebec, where anyone wanting to rent out a place for less than 31 days has to get a permit that costs $250, pay a host tax, and purchase civil liability insurance, Ontario doesn’t have a law that governs short-term rentals.

Instead, the battles over Airbnb in Ontario are taking place outside of the government. Developers and condominium corporations are starting to clash over the issue, while landlords and tenants are also likely to experience some conflict.

Jason Rivait, an associate with Aird & Berlis LLP, says many condominium corporations have included prohibitions against short-term rentals in their corporate documents. “But nowadays, you’re seeing explicit permissions to rent out the units for short-term stays,” he says. “And that’s because of mediums like Airbnb.”

According to Rivait, who mostly represents condominium corporations, when Airbnb started to become more popular, some developers began to take a second look at the prohibitions against short-term rentals in their declarations. “They limit the marketability of those units, especially for foreign investors who are looking at buying them likely to simply hold onto and rent out for a period of time,” he says.

Many developers started to exclude any mention of short-term rentals while a smaller subset are now explicitly allowing for them in the corporate documents. Rivait says he doesn’t begrudge developers for doing that.
“Developers do this because it enhances the marketability of their units,” he says. “But condo corporations, after the keys have been handed off to them from the developer, look at this from a different perspective.”

Rivait says condo owners have been contacting him every week with concerns about short-term renters. “It detracts from the neighbourly feeling and the feeling of community in a condo. It also arguably increases the wear and tear on the common elements.”

Security issues have also been a concern. But condominium corporations have a hard time addressing short-term rentals if the founding documents don’t prohibit them. “The only way to amend an explicit permission to rent out your suite that is in a declaration is to obtain the consent of 80 per cent of owners, which is a pretty high threshold,” says Rivait.

Many condominium corporations have difficulty getting the requisite quorum for meetings, so getting 80 per cent of unit owners to sign off on changing the declaration can seem like an impossible task, says Rivait.

However, even if a condominium corporation bans short-term rentals, many people are still likely to illegally rent out their units.

According to Toronto real estate lawyer Mark Weisleder, at that point the management company can send a cease-and-desist notice. If the condo owner still doesn’t comply, the condominium corporation can take the matter to court.

“There are tremendous awards when the board has to get lawyers involved to get you to follow the rules,” he says. “And they can put all those legal costs on you as a lien against your unit.”

Rivait believes there are accommodations condo owners who want to rent out their units and condominium corporations can come to. “Perhaps there’s a process in place whereby tenants get their keys and that is set up so you know who’s coming and going on a daily basis,” he says. “But the general sentiment, at least from a condo corporation’s perspective, is they’re not huge fans of it and they’re looking at ways to, if they can, prohibit it.”

Tenants who are renting out their units on Airbnb have other worries. If they haven’t gotten permission from their landlord to sublet, the owner can try to terminate the lease.

But an even bigger issue would arise if the tenants were charging more to the short-term renters than they were paying to the landlord, something that violates the Residential Tenancies Act and could result in fines.

Weisleder notes the law could view people renting out their units on Airbnb as operating a business without a licence. “They don’t have HST numbers, I imagine, and they’re likely not charging HST,” he says. “And I don’t know if they’re reporting this income.”

He also points out that bed and breakfasts have to comply with a number of health and safety regulations that those offering long-term rental units don’t, creating another possible area of liability.

While Airbnb does offer an insurance policy to people renting out rooms, Weisleder says they should be wary. “You have to be very careful with these kinds of insurance policies,” he says. “Who knows if you’re going to be able to collect under these policies, while in the meantime, if a guest damages a condominium or a common element, you’re responsible for the whole loss.”

Rivait doesn’t expect Ontario to address the issue of short-term rentals in condominiums through legislation. While the government is in the process of drafting a new Condominium Act, there’s no indication so far that the new legislation will deal with web sites like Airbnb. Instead, if the government does take legislative action, Rivait believes it will likely deal with all forms of short-term renting.

Rivait doesn’t think any sort of legislation is coming soon. But if Airbnb continues to expand, he thinks it could have an effect on the long-term rental market by limiting the number of units available, something that could provoke a backlash.

“You have a booming condo market, which is levelling off a little bit now, and you have this ongoing role of foreign investment,” says Rivait. “You’re inevitably going to see an increase in these short-term stays or owners wanting to rent out their units for short-term stays.”

While he doesn’t expect the issue would arise in Toronto, Rivait suspects the trend could adversely affect the rental markets in smaller cities. “Airbnb is definitely accused of aggravating the low-vacancy rates in some cities.”

While he doesn’t entirely rule out the possibility of new legislation to deal with short-term rentals, Rivait thinks legal action is coming up on the horizon.

“There will come a point in time where an owner and a condo corporation are not going to budge and enforcement proceedings will be taken,” he says.

“And when that happens, it will be interesting to see what is decided.”