Concussions become headline news when hockey legends sustain them, but personal injury lawyers have long waged a quiet campaign to raise awareness of the traumatic effects of head injuries. 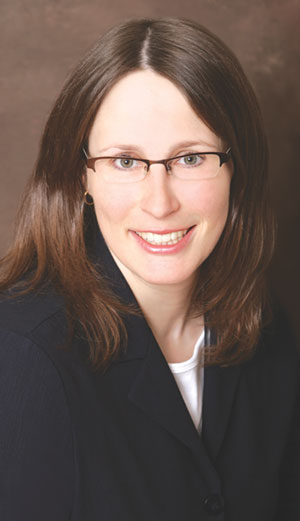 They hope that increased media coverage will reduce skepticism about the seriousness of mild and moderate brain injuries and increase funding for research into the way the brain works.

Much of the informed controversy swirling through the hockey-loving community stems from Dr. Charles Tator, a Toronto neurosurgeon who has publicly criticized aggression in the sport in a bid to promote awareness of the dangers posed by even mild head injuries.

Personal injury lawyers, many of whom are already involved in education and prevention programs across the province, are applauding his efforts.

Laurie Tucker of Doucet McBride LLP in Ottawa, for example, spearheads the Helmets on Kids program run by the Ontario Trial Lawyers Association. “Any time an issue like this grabs the public’s attention, it can potentially have a wider benefit to the public at large.

People don’t always understand the consequences of concussions and mild traumatic injuries. When a sports celebrity suffers one, it helps educate people and makes them sit up and take notice.”

Laura Hillyer, a personal injury lawyer at Martin & Hillyer Associates in Burlington, Ont., is also heavily involved in the OTLA program. She hopes the publicity will result in a better understanding of the condition.

“It is important and helpful when we are presenting a brain injury to a jury,” she says. “It’s information you can draw on. What more natural way to bring it to a Canadian juror than through hockey?”

Hillyer believes the current public interest started when actor Liam Neeson’s wife, Natasha Richardson, died after sustaining a head injury while skiing. “Everyone was so shocked by that and now Sidney Crosby, our great Olympic hero. It’s incredible that he’s not playing.

We can compare the types of symptoms he’s suffering to our clients, and it helps a juror to put it into context. A lot of the symptoms are similar if not the same as those our clients sustain in a car accident, and they weren’t wearing a helmet.”

Charles Gluckstein, a partner at Gluckstein & Associates LLP in Toronto, states what personal injury lawyers have known for decades. “Concussions are a major injury. Sidney Crosby has been out since January, and now the playoffs have started.

Unfortunately, mild and moderate head injuries don’t get recognized by doctors and insurance companies because the science is poor. If there’s no injury showing on a CAT scan or later on an MRI, the doctors say it’s probably just a concussion. Yet now just a concussion could end Sidney Crosby’s career, as it did for Eric Lindros.

There was no evidence in either of those cases, and this is the same fate as for many of our clients who sustain mild to moderate head injuries.”
In fact, the Ontario Brain Injury Association says acquired brain injury is the No. 1 cause of disability in Canadians under the age of 44.

Each year, more than 50,000 Canadians sustain brain injuries. Of those, 11,000 will die, and more than 6,000 will sustain permanent disability. Almost 500,000 Ontarians currently live with an acquired brain injury.

Tator, meanwhile, has stres-sed that doctors don’t really understand the biology of concussions because no one has been able to locate the exact sites in the brain that, when injured, cause them.

The condition has to be diagnosed using about 30 different symptoms, not all of which are present at a given time. Hillyer points out that Crosby’s case illustrates how head injuries are often difficult to diagnose. “They let him play after the hit,” she notes.

For his part, Gluckstein points out that in a motor vehicle accident in which there’s a brief loss of consciousness, the patient has often regained it before the ambulance arrives and may just be showing signs of confusion.

“Only major hospitals do CAT scans and order brain injury followup with the family watching for symptoms. Small hospitals just write down concussion, and that’s a maybe.” As a result, Gluckstein laments how it’s hard to advocate for people when the medical profession doesn’t have the scientific tools to diagnose the injuries.

But personal injury lawyers hope that if the issue gets national or worldwide attention, there may be more studies about the brain. “The problem with concussions is that they have never been able to be scientifically studied,” says Gluckstein.

“If hockey, our No. 1 passion, is in jeopardy and in danger of losing its top star, it may improve research funding. Studies may give more information to medicine about diagnosis and also about treatment. That will help advocates to get better treatment for their clients and better insurance coverage.”

Boxers and soccer players are now donating brain tissue when they die for use by researchers. “More science would be helpful,” Hillyer says. “It helps to explain the physiology of the brain and the injury, especially if people donate brains and we can see the mechanism and the part of the brain that caused the symptoms. You have to teach the jurors the medicine.”

Gluckstein also feels it would be great if the NHL funded major research but he isn’t optimistic the league will do so. “The NHL is a multibillion-dollar sport that could fund research but it wants to sweep this under the rug.

They don’t want to change the game, even though with better helmets and better refereeing and less contact, the sport can still be enjoyable. It doesn’t have to be violent.”