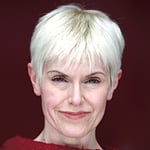 Kady O’Malley is a member of the parliamentary press gallery in Ottawa and writes about politics, procedure and process for iPolitics. She also appears regularly on CBC television and radio.

Get ready for the fall election

With the 42nd parliament now just weeks away from its final curtain call, even the most risk-averse political prognosticator can feel reasonably comfortable tracking trends on the pre-campaign messaging circuit.

Real news is where it’s at

All things considered, it wasn’t the most auspicious start to what is now near universally, if still unofficially, considered to be the pre-election pre-show for the upcoming federal election.

A few months back, I confessed to what is, for a parliamentary wonk, an almost unforgiveable weakness; namely, a shameful but implacable envy of the United States congressional committee system.

Heads up, shy and retiring partisans. If you’re among the thousands of Canadians who regularly, if quietly, exercise their democratic right to fork over their hard-earned cash for the chance to get up close and personal — or at least be in the same room as — your federal party leader of choice, the details of your participation in such after-hours political activities may soon be a matter of public record.

No sooner had Ontario Premier Doug Ford unveiled his plan to shake up Toronto city politics by eliminating nearly half the current council seats than the jokes were flying fast and furious within the federal parliamentary precinct.

Before we start going through the Liberals’ long-awaited plan to rewrite Canada’s electoral rulebook, let us take a moment to appreciate the restraint demonstrated by Democratic Institutions Minister Karina Gould in coming up with a suitably anodyne short title for her 352-page omnibus bill.

First off, a confession: Whenever a legislative committee lands a spot in the primetime spotlight — usually, although not invariably, a U.S. congressional panel in the throes of investigating a controversy generating headlines around the globe, as was the case with the recent grilling of Facebook founder Mark Zuckerberg — I start steeling myself for the seemingly inevitable moment when someone will turn to me with the seemingly simple question: Why can’t our committees be more like that?