The treatment of damage claims resulting from fatal injuries caused by the wrongful acts of third parties is difficult to comprehend. According to Fleming’s The Law of Torts, the common law doesn’t treat death as a compensable injury to either the victim’s estate or surviving family members. While that has been the case since as far back as 1808, a recent Ontario court decision has signaled a welcome change in approach. 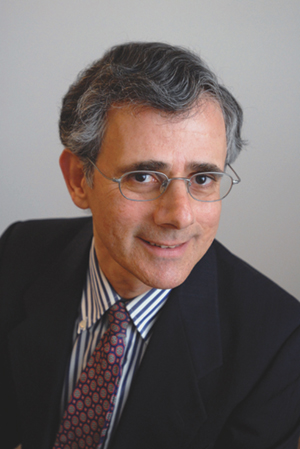 Reform came initially from the Lord Campbell’s Act that later morphed into the Fatal Accidents Act. The issue now resides in Ontario’s Family Law Act, particularly in ss. 61 to 63. Aside from actual pecuniary losses, certain family members, such as spouses, children, grandchildren, parents, grandparents, and siblings of the deceased, may receive an award in respect of “the loss of guidance, care, and companionship that the claimant might reasonably have expected to receive from the person if the injury or death had not occurred.”

For reasons that escape me, the law doesn’t presume any compensable award for loss of guidance, care, and companionship by an eligible family member. Eligible claimants merely have the right to make a claim, but each claimant must provide “affirmative, objective evidence” of the loss (see Wilkinson Estate v. Shannon). Doing so requires a detailed inquiry into the relationship between the claimant and the deceased.

There’s no compensation for the death itself and the law offers no compensation for grief, sorrow or emotional distress resulting from it. The law doesn’t concern itself with the extent to which a grieving spouse, parent or child suffers. Why that’s the case when damage awards for mental distress in less compelling circumstances are available is a mystery.

All of this makes me gratified to see the recent Ontario Court of Appeal decision in Vokes Estate v. Palmer. It upheld the jury awards for loss of guidance, care, and companionship in the sum of $135,000 on behalf of a three-year-old daughter and $117,000 on behalf of a five-year-old daughter following the death of their mother. It also awarded $90,000 to the husband for the loss of his 30-year-old wife.

The case resulted from a tragic accident that took place on July 31, 2006, on Highway 6/21 in Owen Sound, Ont. Randall A. Palmer, driving without insurance and running late for a hearing in traffic court, was travelling at 120 kilometres per hour in a 50-kilometre zone. Michelle Vokes, who was nine months’ pregnant, was exiting a shopping plaza onto the highway when the fatal collision occurred. The jury found Palmer entirely at fault for the collision.

The sums awarded by the jury seem rather miniscule for the loss of a parent and spouse but they represent an     improvement in the law. According to one of the plaintiffs’ lawyers, Adam Little of Oatley Vigmond Personal Injury Lawyers LLP, the amounts in favour of the children represent the highest awards in Ontario for a child who has lost a parent.

It’s trite to say that no sum can come close to providing adequate compensation for the loss of a life and that even attempting to place a dollar value on it seems almost vulgar. But providing nothing or merely small sums as compensation is an affront to justice since awarding money is the only real remedy a court can provide. I’m not saying we need to move to the multimillion-dollar awards seen elsewhere, but the commonplace awards of $25,000 to $40,000 for a young child’s loss of a parent should be a thing of the past. I hope the Vokes decision achieves that result.
Alan Shanoff was counsel to Sun Media Corp. for 16 years. He currently is a freelance writer for Sun Media and teaches media law at Humber College.  His e-mail address is [email protected].