Rural sole practitioners say their work has become more difficult with the LibraryCo Toolkit that used to provide remote desktop case law search services no longer available since the beginning of the year. 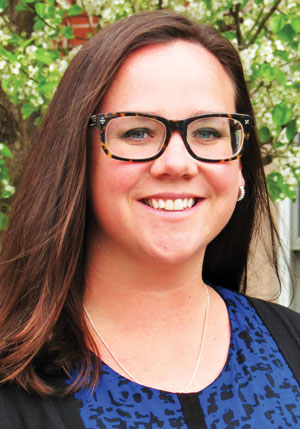 “When you are a person like me, I happen to be a single father raising five young kids at home by myself, so after business hours I need to be at home to look after my kids,” says sole practitioner Charles Lugosi.

Lugosi lives in Brantford, Ont., where the local law library is open between 9 a.m. and 2 p.m., a time when lawyers are generally in court. That makes doing research difficult for lawyers like him after the Law Foundation of Ontario discontinued funding for the online toolkit at the beginning of the year.

The change, however, came down to low usage, according to County & District Law Presidents’ Association chairwoman Cheryl Siran. “Unfortunately, research isn’t done by lawyers every single day,” she says.

While the toolkit has been costing the law foundation hundreds of thousands of dollars per year, it didn’t make sense to continue with it given the low usage, according to Siran.

“The number of people using it did not justify the cost of it,” she says.

And although the remote option is no longer available, lawyers can still use the case law research software at their local law library with CanLII available online as well, according to a Law Society of Upper Canada spokeswoman. Lawyers can also make telephone or e-mail inquiries to their local law library for case law research requests, the spokeswoman noted.

But Lugosi, a candidate in the law society bencher elections, says that’s not good enough. “If you can’t afford it or your clients can’t afford it as a disbursement, you are basically stuck with official court web site decisions and you are stuck with CanLII,” says Lugosi.

“That situation has been the status quo in the larger sense [in] places . . . like Hamilton, London, Windsor, Toronto, Kingston. . . . But if you are in a smaller community, you’ve basically been deprived of probably the most useful tool any litigator could have.”

The changes create a disparity because lawyers in major cities often have cost-effective ways to do research and greater access to library resources, according to Lugosi.
“Brant Law Association has implemented a firm rule, not just a policy but a firm rule, that in one month a lawyer may not have the assistance of a paid law librarian beyond three hours a month,” he says.

And, he adds, it’s an access to justice issue as well. “When you are talking about access to justice for the client, I think you want to make sure your lawyer has access to legal resources, too. I mean, we do pay a lot of money for our fees.”

With the online toolkit no longer available, many lawyers end up passing on the costs of the legal research services they purchase. “What most lawyers end up doing is passing the cost on to the client because they are entitled to do so as a disbursement fee,” says Lugosi.

“It’s a greater burden on the client, and also if you are running a sole firm or a small firm, you are really trying to keep your overhead down.”

Despite the cut to the online toolkit, funding has increased by two per cent for libraries overall and statistics continue to show healthy use of the service, according to Siran.
“These libraries remain of fundamental importance to the practice of law in totality, not just legal research,” she says.

Other lawyers agree about the importance of law libraries. “I know that they are very, very, important for legal research, especially for small firms and sole practitioners in areas outside of the main metropolitan centres, and the law libraries also have a second, very important function and that is a meeting place for a local bar association and for the county and district law associations,” says Morris Chochla, a litigator and former president of the Ontario Bar Association who’s also running in the bencher elections.

A 2014 CDLPA report, meanwhile, referred to the pressure on law libraries to increase public access. “Some law libraries already allow wide open or nearly wide-open access,” according to the report. “Many maintain strict restrictions on who can access the facilities.”

“They are looking at the whole of the operation,” says Siran, referring to the stakeholders in law libraries that include the law society, CDLPA, and the Toronto Lawyers Association.

While it makes sense to maximize the use of library space, law society spokeswoman Susan Tonkin said that’s not the reason for discontinuing the desktop toolkit. “Statistics showed a significant lack of use of this tool and it was felt that the financial resources used to fund this program could be better used elsewhere. Our goal is to develop a more applicable and robust system of support for all users of legal information resources, including lawyers, paralegals, and members of the public.”

But according to Lugosi, the changes do affect how lawyers work. “We have to change our style of meeting clients,” he says, noting he can no longer meet clients whenever it’s convenient for them. “I have to set aside time to go to the courthouse and do research on the two older desktop models that they have.”

Although there’s no immediate solution, Siran has a few suggestions on how to tackle the issue. “What they need to do in their own county and districts and with their own library staff is try to put together their localized issues, their localized concerns, and their localized solutions because we are a very diverse province and what you need in my area may not be needed in a different area.”

Lugosi’s solution, however, is to bring back the remote desktop toolkit. “It’s not practical for this day and age. It’s like saying you can have a mobile phone but you can only use it from your house,” he says.

Chochla agrees about the need to provide the latest research tools. “They have to be modernized and we know all the research is now done through the Internet and electronically and through services.”

According to Siran, the solution may be to provide access in certain regions. “I think one of the solutions they will look at, that is if funding works out, may be that in some of the most rural areas there is some form of desktop access,” she says.