There’s absolutely nothing improper with counsel’s practice of reviewing draft expert reports, according to the Ontario Court of Appeal in its hotly anticipated decision in Moore v. Getahun last week. 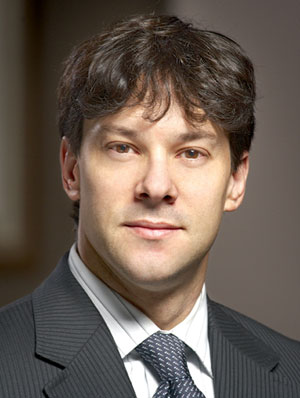 In fact, the Ontario Court of Appeal in Getahun went further to say that draft reports, including notes of consultations between experts and counsel, are now subject to  qualified litigation privilege, one the court can disregard only in extreme circumstances where the opposing lawyer establishes a factual foundation to allege improper influence.

In Getahun, the Ontario Court of Appeal validated the important role of a lawyer in assisting their expert. For example, it highlighted the crucial mediating role of counsel in explaining legal issues to the expert witness.

While Getahun involved a medical malpractice claim, the decision has profound impacts on all areas of litigation.

In Getahun, the plaintiff/appellant had developed compartment syndrome and claimed it was as a result of negligent medical treatment he received on his fractured wrist following a motorcycle accident. As was then common practice, the defence medical expert had prepared a draft report and had sent it to his counsel for comments.

At trial, in reviewing the defence expert’s file, plaintiff’s counsel found the draft reports as well as notes in relation to a 1-1/2-hour telephone conference between the expert and the defence lawyer about the report.

The trial judge, Justice Janet Wilson of the Ontario Superior Court of Justice, concluded that while the expert’s opinion hadn’t changed as a result of discussions with counsel, the lawyer’s suggestions had certainly shaped it.

Wilson commented that discussions between counsel and an expert to review and shape a draft expert report were no longer acceptable and that any input on a draft report should be disclosed in writing to the opposing lawyer.

Simply put, Wilson’s decision, if allowed to stand, had the potential to completely overhaul the normal and common practice of counsel helping experts refine their opinions on matters in issue having regard to the appropriate legal considerations.

In Getahun, the Ontario Court of Appeal entertained valued submissions from a host of advocacy organizations about the practice of reviewing draft expert reports and engaging in confidential consultations with experts. The advocacy organizations agreed that the approach taken by Wilson would represent a major change in practice and that consultation between experts and counsel was necessary, within certain limits, to ensure efficiencies at trial and the affordable and just resolution of claims.

After considering the issues, the Ontario Court of Appeal, in a unanimous decision written by Justice Robert Sharpe, made three key comments about draft reports and consultations between counsel and experts:

1. Consultation and collaboration between counsel and an expert witness is proper.

2. Draft reports and notes of consultations between experts and counsel are subject to a qualified litigation privilege.

3. The court can ignore the qualified litigation privilege if the opposing party can show reasonable grounds to suspect that counsel communicated with an expert in a manner likely to interfere with the witness’ duties of independence and objectivity.

In discussing circumstances where the court might ignore the qualified litigation privilege, Sharpe made it clear that the bar would be high and that a factual foundation to support a reasonable suspicion would be necessary.
The court noted, for example, that evidence of a lengthy call between counsel and an expert wouldn’t constitute the necessary factual foundation for allegations of improper influence.

As a result of Getahun, experts should review their files and parse out any existing draft reports put any notes and records of consultations with retaining counsel into a separate litigation privilege subfolder.

In the end, the Ontario Court of Appeal rejected Wilson’s approach of prohibiting counsel’s consultation with experts. The appellant lost the appeal, however, on the basis that the errors made by the trial judge didn’t affect the outcome.

The Court of Appeal decision in Getahun provides crucial clarity over the role between experts and counsel. Interestingly, the appeal court heard the case at the same time as the appeal in Westerhof v. Gee, a related case on expert issues dealing primarily with the role of treatment providers as experts in the context of the current Ontario expert report rules. The Westerhof decision should provide even further guidance on the process of efficiently introducing useful expert evidence at trial.