A motion for summary judgment is a procedural tool that is both practical and perilous. 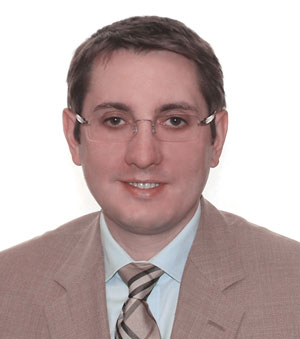 It is practical because it can be litigation’s main event.

However, it is perilous because it can turn out to be a journey beset with procedural ramifications and costs.

A recent employment case in point is Ronald Dawson v. Colt Food Services Limited, 2016 ONSC 7653, where Justice Guy DiTomaso determined that the matter was not an appropriate case for summary judgment.

In Dawson, Ronald Dawson, 56, served as Colt Food Services Limited’s food and beverage manager for almost 13 years. On July 3, 2015, he attended a meeting during which CFS discussed its ongoing concerns with his job performance.

He understood that his employment was terminated.

CFS denied terminating his employment and asserted that Dawson either resigned and/or abandoned his position.

Following the meeting, Dawson left on a sick leave. On July 16, 2016, or 14 days after the alleged dismissal, Dawson provided CFS with an unclear doctor’s note, which stated “the above-noted patient was seen in my office today for medical reasons.

He is currently off work for medical reasons. Will be re-assessed in the near future.” Dawson never returned to CFS. Rather, on July 8, 9 and 14, he applied for a total of 11 jobs. On July 24, 2016, CFS issued a record of employment due to what they termed as “job abandonment.”

In response, Dawson launched a wrongful dismissal and human rights claim. Subsequently, he moved before DiTomaso to summary judgment.

In his ruling, DiTomaso indicated that, due to conflicting evidence, contentious factual issues and serious credibility problems, the case could not be resolved on the basis of affidavits and transcripts.

On a motion for summary judgment, the evidence and procedure must be such that judges are confident they can find the necessary facts and apply the relevant legal principles so as to fairly resolve a dispute.

The motion judge may deploy their discretionary powers to weigh evidence, evaluate credibility and draw reasonable inferences from evidence, unless it is in the interest of justice for such powers to be exercised only at trial.

The motion judge should first determine if there is a genuine issue requiring trial based only on the evidence before them, without using the fact-finding powers.

If there appears to be a genuine issue requiring a trial, the motion judge should then determine if the need for trial could be avoided by using the discretionary powers.

Where the evidence in the record establishes a clear conflict, it is incumbent on the motion judge to consider expressly whether the powers are to be engaged in resolving the conflict.

In this case, Dawson argued that his was a straightforward claim for wrongful dismissal without cause and, therefore, it was an appropriate case for the summary judgment.

DiTomaso disagreed, because the motion did not simply involve the amount of severance owed to Dawson.

DiTomaso was of the view that there are a number of genuine issues requiring a trial.

Those issues include:
1) There was conflict in evidence on whether Dawson was dismissed or whether he resigned from or abandoned his employment. I note paranthetically that the test for abandonment is similar to the test for resignation: do statements or actions of an employee, viewed objectively by a reasonable person, clearly and unequivocally indicate an intention to no longer be bound by an employment contract.

2) In the context of the human rights claim, there were genuine issues relating to whether Dawson suffered any disability as a result of his alleged wrongful dismissal or whether he suffered from illness or disability unrelated to his dismissal.

3) The issue of damages was also in dispute in respect of the appropriate quantum.

4) Dawson’s assertion that the test for abandonment has not been met by CFS and his dismissal resulted in his suffering illness and/or disability was yet another genuine issue requiring a trial.

Dawson illustrates that the jurisprudence regarding summary judgment motions is still developing.

It serves as an apt reminder that the employment law cases that are best suited for summary judgment motions are the ones in which critical material facts and credibility are not seriously in dispute, the issues are well defined and the damages are readily ascertainable.

Given the range of issues raised, this decision will likely have an impact on the use of summary judgments in wrongful dismissal cases.

Nikolay Chsherbinin is an employment and immigration lawyer and author of The Law of Inducement in Canadian Employment Law. He can be reached at 416-907-2587 or by visiting nclaw.ca.