A single act of dishonesty may constitute cause for dismissal, even if the specific incident is of minor consequence. It is not so much the dishonest act itself; rather it is the revelation of a character that is untrustworthy that provides the legitimate basis for termination of the employment relationship.

A single act of dishonesty may constitute cause for dismissal, even if the specific incident is of minor consequence. It is not so much the dishonest act itself; rather it is the  revelation of a character that is untrustworthy that provides the legitimate basis for termination of the employment relationship. In Aboagye v. Atomic Energy of Canada, 2017 ONCA 598, the Ontario Court of Appeal upheld the lower court’s decision that an employee’s single act of dishonesty went to the core of the employment relationship and justified dismissal for cause. 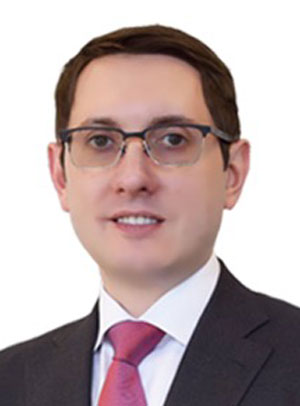 In Aboagye, Atomic Energy of Canada offered employment to Francis Aboagye as an industrial safety specialist. The offer was conditional upon Aboagye obtaining security clearance. AEC operates in a highly regulated environment and is legally obligated to conduct a security assessment of all employees, because they have access to nuclear facilities and information that is vital to the security of the country. In filling out a Security Questionnaires for Site Access clearance form, Aboagye deliberately concealed his then employer, Ivaco Rolling Mills LP, by indicating that he was unemployed, despite the form warning that there should be “no gaps” left in the employment information and that there would be implications for failing to be forthright.

Shortly after Aboagye began working at Atomic Energy, the company received numerous allegations of harassment concerning Aboagye, 12 of which had been substantiated. As part of Atomic’s investigation into the allegations, Aboagye’s employment at Ivaco was discovered. When questioned why he had not disclosed this employment on his security questionnaires, Aboagye admitted that he withheld information. Having determined that Aboagye intentionally misled the company, AEC dismissed him for cause.

In response, Aboagye launched a wrongful dismissal action. AEC brought an application to dismiss the action by granting summary judgment on the basis that there is no genuine issue for trial. In granting the application, Justice Michal Fairburn concluded that, standing on its own, Aboagye’s dishonesty in the hiring process destroyed the trust relationship between employer and employee. The national security context in which  Aboagye was hired was critical to the assessment of whether his dishonesty was such that it gave rise to a breakdown in the employment relationship.

Aboagye appealed to the ONCA on the basis that he was not dismissed for cause. The ONCA dismissed his appeal stating that the breach of honesty in this case went to the core of the employment relationship. Having agreed that the security clearances are designed to protect national security, the ONCA concluded that, “on this basis alone,” there were clear grounds for Mr. Aboagye’s dismissal and, consequently, there was no genuine issue requiring a trial.

Dishonesty can take many forms, such as embezzlement, fraud, theft of an employer’s property, falsification of company records or expenses, lying to an employer, obtaining a leave of absence under false pretenses or deliberately concealing information that, as Aboagye illustrates, employers consider to be of significance.

In order for an employer to rely upon dishonesty as a ground for dismissal, it must be established that an employee acted with intention and that the dishonesty goes to the core of the employment relationship. Aboagye adds another, albeit limited in its reach, dimension that employers may consider prior to dismissing an employee for a single act of dishonesty. This dimension is the context in which an employer operates and an employee was hired. Arguably, outside the national security, public safety and related concepts, Aboagye is of limited utility.

The Supreme Court of Canada’s unanimous decision in McKinley v. B.C. Tel, 2001 SCC 38 has clearly established that there is no strict or absolute right to terminate for cause in cases of dishonesty. Rather, the court continues to endorse an approach of proportionality, where the focus is on whether the punishment imposed for the misconduct was proportional. When dismissing an employee for dishonesty, the test is whether an employee’s dishonesty gave rise to a breakdown in the employment relationship. The question whether an employer is justified in dismissing an employee requires an assessment of the context of the alleged misconduct.

In Aboagye, the employee misled his employer when he filled out the security questionnaires and outright lied to AEC about his employment status at Ivaco. If not for the national security context, these instances of misconduct might not have otherwise justified Aboagye’s dismissal for cause. Because there was no advance warning given, there was no opportunity to correct the errors, there was no probation and there was no progressive discipline.

Although, in Aboagye, the employer succeeded in establishing just cause for a single act of dishonesty, its success was primarily due to the unique regulatory context in which AEC operates. The national security context of this case coloured its outcome and, therefore, Aboagye should be relied upon with caution.

Generally, it remains difficult to satisfy the just cause standard under the law. The burden lies on an employer to prove that there was just cause to dismiss an employee. Consequently, whenever employers terminate employees for cause, and especially when it is based on a single incident, they should always ensure that an employee is given every opportunity to respond to the allegations prior to the final decision being made. Failure to do so may result in augmented damages.
Nikolay Chsherbinin is an employment and immigration lawyer and author of The Law of Inducement in Canadian Employment Law. He can be reached at 416-907-2587 or by visiting nclaw.ca.