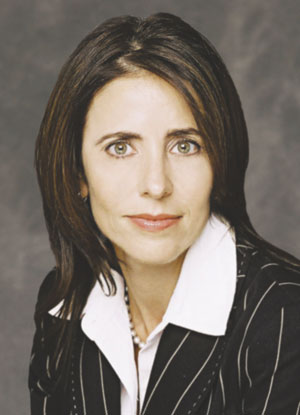 The government is reviewing the Condominium Act in a three-stage process overseen by Ontario’s Ministry of Consumer Services.

The current legislation came into effect more than a decade ago, before the dramatic condo boom that followed.

Condominiums reportedly now account for almost half of the new homes built in the province and house about 1.3 million Ontarians.

The second stage of the review, released on Sept. 24, 2013, provides a clearer picture of the regime that may emerge.

“This is the first real presentation of the serious potential changes that could happen,” says Miller Thomson LLP partner and Law Times columnist Jeffrey Lem.

“All of them are major sea changes. The first stage was a free for all. Stage 2 is where it begins, in my view,” he adds.

One of the most significant changes is the creation of a condo office that would function as an arm’s-length umbrella organization responsible for areas like education, dispute settlement, condo manager licensing, and the condo registry.

Owners, directors, and managers would be able to access “quick, reliable, impartial, trusted, and inexpensive (or free) information about the Condominium Act, the meanings of bylaws, and other important condo-related matters,” the report says.

A “quick decision-maker” would be able to resolve disagreements by making summary decisions on records, charge backs, proxies, requisitions, and owners’ entitlement to vote.

More complex disputes would land at a new dispute resolution office that would aim to provide a “quick, neutral, inexpensive, and informed assessment of each case.”

A key aim of the proposals is to fix the “power imbalance between boards and owners.”

At the moment, the main tools for solving disputes under the existing Condominium Act are mediation, arbitration, and the courts.

These processes “usually take a long time and legal costs mount quickly,” according to the review. It highlights the fact that while owners may not be able to afford legal counsel, condo boards often have access to a corporate lawyer and may be under less pressure to resolve a case quickly.

In addition, boards can prevent owners from reviewing important documents and information.

“The result can be a very uneven playing field where owners who challenge their boards may be seriously disadvantaged,” the report states.

Lem thinks the changes will help streamline disputes and lead to better decisions.

“Right now if you have condo disputes, there’s an arbitration and mediation [process] but if you have to go to court, you could get a criminal law judge or family law judge,” he says.

“There are no condo law specialist judges. By creating a new bureaucracy, the people who staff that will be condo people. It makes sense that we will have faster, better decisions. They will have seen this thing a million times, as opposed to a regular court guy who may have seen one condo case in the last five years. Faster usually means cheaper for people.”

“There are so many owners out there who don’t know where to get good information,” she says.

The changes “may cut down disputes or at least it will help with keeping disputes out of the courts,” she adds.

But Lash is also wary of the fact that adding an extra layer to the resolution process could have the opposite effect. “I don’t think anyone really knows how it’s going to work,” she says.

“But it’s definitely not working now,” she adds.

Another proposal is to ban developers from selling common amenities to condo corporations separately from the rest of the building.

Developers often lease facilities such as guest suites and media rooms back to the corporation that then pays for them with owners’ condo fees.

Owners don’t always realize that fact and the charges often don’t take effect for a year. That means owners can suddenly face unexpected fee rises in the second year.

The Stage 2 report calls this arrangement “an unnecessary source of tension within communities.”

Lem agrees, saying it can lead to owners being “outraged” even when the documents they signed set out the lease-back deals. He says the financial arrangement also makes it difficult for prospective owners to compare the overall costs of buying units in different buildings.

The general emphasis on transparency and providing information to unit owners will go a long way in avoiding conflicts, she believes. For example, owners will be able to access an online course in interpreting financial documents.

And boards couldn’t defer certain expenses such as elevator maintenance until the second year.

Boards would also have to notify owners of significant off-budget spending from the operating or reserve funds.

The steady increase in condo developments and the way in which disputes affect people’s day-to-day lives will continue to keep lawyers busy, says Lem.

“There will always be a need for lawyers in addressing the disputes,” he notes.

Lash points out she still gets requests for help with issues related to bylaw changes that came into effect in 2001. And, especially during the transition, board members will need guidance, she says.

The next stage of the review will involve a residents’ panel considering the recommendations before the government drafts an action plan.

Main recommendations in the Stage 2 report
•    A new umbrella organization, the condo office, would have four main functions: education and awareness; dispute settlement; licensing condo managers; and maintaining a condo registry.
•    The dispute resolution arm of the condo office would deal with disputes with some matters escalated to a quick decision-maker.
•    There would be a ban on selling or leasing back assets normally regarded as part of the common elements to the condo corporation.
•    Boards should compile two budgets: an operating and a reserve fund budget. Boards would have to notify owners of significant off-budget spending.
•    Boost qualifications for condo board directors through mandatory training for first-time members; a requirement that no more than one person from a unit may be a director; allowing for bylaws that require a criminal record check; and disclosure of legal proceedings between an individual and the corporation.
•    A new licensing authority with powers delegated by the government would oversee the licensing of condo managers.