As more wind turbines pop up on the Ontario landscape, the trend of unsuccessful appeals of renewable energy approvals continues. 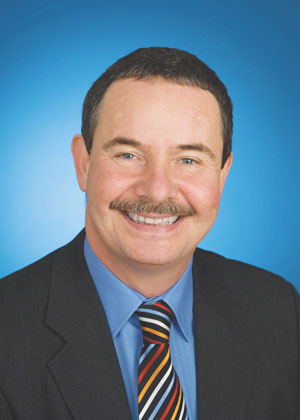 On Jan. 31, 2013, the Environmental Review Tribunal released its decision dismissing the appeal of the approval of a wind generation farm in Haldimand Wind Concerns v. Director, Ministry of the Environment. The tribunal concluded the appellants failed to show the project would cause serious and irreversible harm to plant life, animals or other aspects of the natural environment. The tribunal also found the appellants hadn’t established that the project caused serious harm to human health. It recommended the appropriate agencies conduct studies to monitor the impact of wind turbine projects over time on the migratory staging and foraging habits of tundra swans along the northern shoreline of Lake Erie.

The case is just one of a number of appeals of renewal energy approvals that have arisen recently in Ontario and there are more to come.

“There’s going to continue to be some litigation in this area for a little while yet as these projects are going through the various levels of approvals,” says Adam Chamberlain, counsel for Capital Power GP Holdings Inc. in the Haldimand Wind Concerns appeal.

“I think there are understandably concerns about infrastructure development whenever large infrastructure is being built near where people live or work. I think the wind sector, in Ontario anyways, has been the subject of probably more appeals and more judicial attack than wind projects outside of Ontario.”

As noted in the Haldimand Wind Concerns appeal, the appellants can succeed only if they provide sufficient evidence that the wind turbine project will cause serious harm to human health or have serious and irreversible effects on plant life, animals or other aspects of the natural environment.

Eric Gillespie, counsel for Haldimand Wind Concerns, notes the challenge of bringing forward all of the factual evidence at the hearing to meet either test. The six-month time frame under the legislation has had a significant effect on the ability of appellants to bring their cases forward at appeals, he says.

“The statutory time frame directly affected a number of the previous hearings because if witnesses have health issues or if counsel has conflicts [in their schedule], that doesn’t stop the clock.” Rather, the tribunal has to release its decision within six months.

Chamberlain notes the six-month period addresses concerns that wind farm projects would “die on the vine” and languish if appeals were to delay matters.

The latest in a series of appeals of renewable energy approvals are happening now in Prince Edward County, Ont. Gillespie says the tribunal recently began hearing evidence on the appeals. He anticipates the hearing will wrap up by the end of May and the tribunal will release its decision by the end of June.

“In order to be successful with an appeal, the appellants believe that the next step is showing direct linkages to existing projects that are operating within the same range of distance and sound levels as the current approval process is permitting. That’s where the evidence on the human health side is focused.”

Gillespie hopes to introduce all of the evidence on the harm to humans and the environment at the hearing. If the appeal is successful, he says the decision could affect not only the approval under appeal but other cases as well. He notes that the current standard is to build wind turbine projects with a 550-metre setback and a 40-decibel sound level.

“What that means is if even one of these appeals is successful, it appears that that will have direct implications for every project that’s been approved so far or that’s under consideration by the government,” says Gillespie.

“If the government were to say that no trucks in Ontario should operate at more than 90 kilometres an hour, that would apply to not only trucks that might be built in the future but trucks that have already been constructed that are already on the road today. So if it’s determined that wind turbines shouldn’t be permitted to operate at the current sound levels and setback distances, that would apply not only to whatever project that finding is made in relation to directly, but since all the other renewable energy approvals have been granted using that same setback, that same sound level, that same speed limit so to speak, that’s why many people believe that a finding at any one of these hearings will directly impact all of the existing projects as well as future projects.”

Chamberlain disagrees that one appeal would affect all of the other cases that have gone before it.

“The Ministry of the Environment already sets out the setback distances for turbines and other things. If a decision was going to be made to change setback requirements, that would have to be made by the regulator. It’s not within the power of the tribunal to make those changes. Unless somebody would be able to prove — which nobody has yet — that based on the designs and the regulations that are in place now either of those tests are met, you’re not going to see anybody changing distances.”